India- Empowering the Vulnerable in a Pandemic 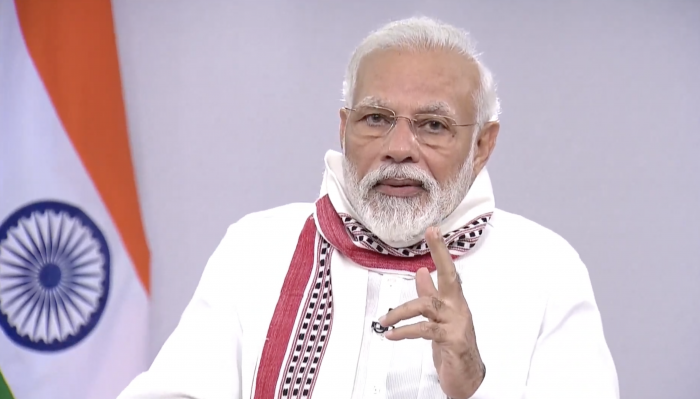 According to Embassy of India sources, the country under the leadership of Prime Minister Shri Narendra Modi has taken various initiatives to assist the poor and vulnerable who were the most impacted by COVID-19.

The Government has provided financial relief through the Pradhan Mantri Jan-Dhan Yojana (PMJDY) - National Mission for Financial Inclusion - under which US$ 4.2 billion has been transferred to bank accounts of poor families. It has extended the welfare programme of Pradhan Mantri Garib Kalyan Anna Yojana (PMGKAY) - Prime Minister's Food Security Scheme for the Poor - till the end of November 2020. Extension of this programme is expected cost around US$ 12 billion, with a total of US$ 20 billion. An amount of US$ 6.7 was spent on creating job opportunities for the poor. About 80 million families were provided with free gas cylinders and free ration for 5 months.

By way of direct support to farmers and rural economy, loans worth US$ 56.3 billion were distributed among 30 million families, with three months loan moratorium. Over the period March-April, US$ 11.6 billion was approved in agriculture. In order to support migrants and farmers, free food grain worth US$ 35 billion were distributed, affordable rental housing complexes were created, interest free loans were made available, created special credit facilities for street vendors, concessional credit boost to 25 million farmers approved.

Several additional measures were taken to support the agriculture sector, which included Minimum Support Price (MSP) purchases worth US$ 10 billion, as demand for milk was reduced during lockdown, 1.1 billion litres of extra milk was procured, a new scheme to provide interest subvention at 2% per annum to dairy cooperatives for 2020-21 was introduced; creation of many schemes/funds to support the agriculture sector such as an Agri Infrastructure Fund for farm-gate infrastructure for farmers worth US$ 3.4 billion, scheme for fishermen worth US$ 2.7 billion, US$ 1.8 billion National Animal Disease Control Programme for Foot and Mouth Disease, Animal Husbandry Infrastructure Development Fund costing US$ 150 billion, US$ 40 billion scheme for Promotion of Herbal Cultivation etc.

In order to support wage workers and urban poor, the Government has allowed States to use State Disaster Response Fund to provide shelters, essentials to migrants. In addition, the Government has adopted several steps, including provision of 3 meals a day for the residents of Shelters for Urban Homeless during the lockdown; forming of 7200 new Self-Help Groups (SHGs) and extending support to SGHs to produce masks and sanitizers. The returning migrant workers were provided with 146.2 million person-days of work with an expenditure of US$ 1.3 billion, 23.3 million wage seekers were offered work.

To a give a boost to grass-root enterprises, Micro-Small and Medium Enterprises (MSMEs) were given collateral free automatic loans for business worth US$ 40.2 billion. To benefit more MSMEs by providing access to finance and new markets, the definition/criteria of MSMEs revised upward. The reform has done away with the separation of manufacturing and services enterprises to serve current requirements.

Labour codes have been revised to aid workers providing right to minimum wages and timely payment of wages and the concept of National Floor Wage introduced to reduce disparity in minimum wages. Extended Employees State Insurance (ESI) coverage to all establishments with 10 or more employees and mandatory ESI coverage for employees in hazardous industries. Provision for Social Security Fund for unorganized workers was made. With the aim of making the best of skilled Indians returning to India amid the ongoing pandemic, the Government has launched a new initiative to conduct a skill mapping exercise of the returning citizens.

The Prime Minister on 30 June said that the Government will continue to take further steps to empower the poor and the needy. Economic activities will also be enhanced. He also reiterated the pledge to work towards building Aatmanirbhar Bharat(Self-reliant India) while calling on the citizens to show their support for locally made-products.