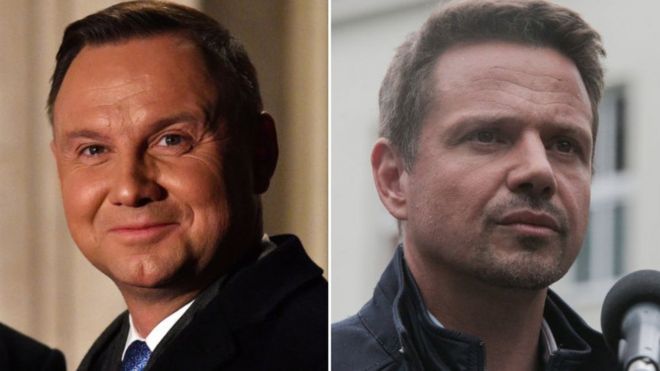 Poland's presidential election on Sunday will be crucial in shaping the country's future and its strained relations with the EU for at least the next three years and perhaps beyond, BBC reported.

If the incumbent President Andrzej Duda is re-elected for another five-year term, his allies, the nationalist Law and Justice-led government will continue their socially conservative policies, efforts to control independent institutions and generous state handout programme.

If the more liberal mayor of Warsaw, Rafal Trzaskowski, wins, he has said he will stand up for minorities and use the president's right to veto legislation to block what he sees as the government's attempts to politicise the judiciary and attack democratic values.

Mr Trzaskowski says he will co-operate with the government but a victory for him would almost certainly start a war between the two branches of power.

Both men have distinct visions for the future of Poland.