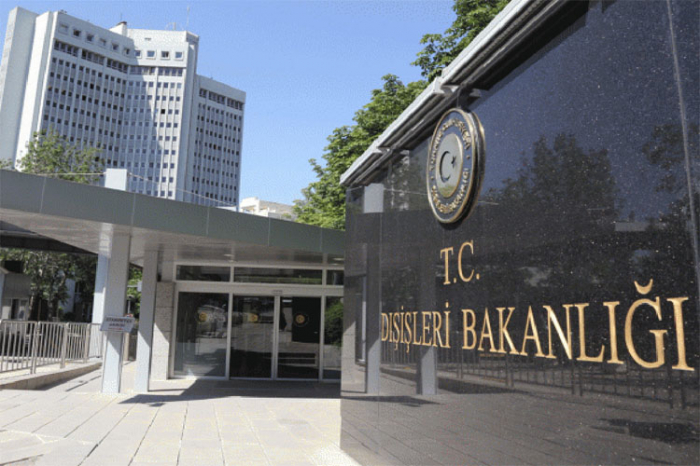 Ministry of Foreign Affairs of Turkey made a statement regarding the Armenian provocation at the front line in the direction of Tovuz region. Turkey's MFA stated that Turkey will always stand by Azerbaijan in the struggle to protect its territorial integrity, AzVision.az reports.

Official Ankara strongly condemned the provocation, adding that this provocation committed by an occupier country is a big obstacle to peace and security in the region. 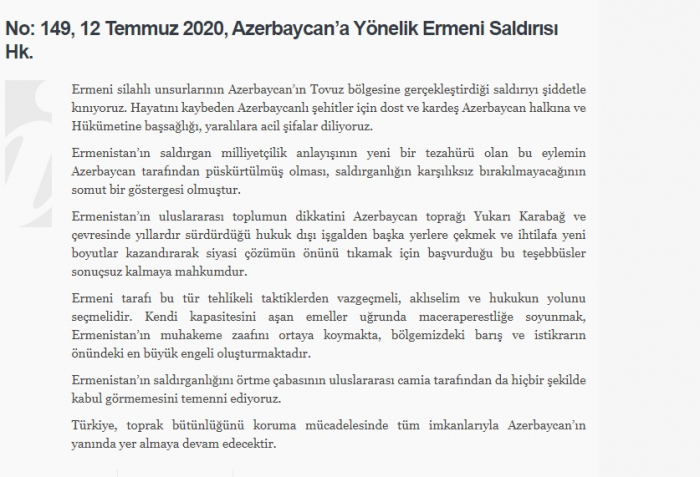 Starting from the afternoon on July 12, the armed forces of Armenia attempted an attack using artillery to capture our positions on the Tovuz direction of the Azerbaijani-Armenian state border.

“Despite the efforts of our doctors, a badly wounded serviceman of the Azerbaijan Army, soldier Dashdemirov Khayyam Mahammad also died.