US locks down military bases in Okinawa over COVID-19 spike 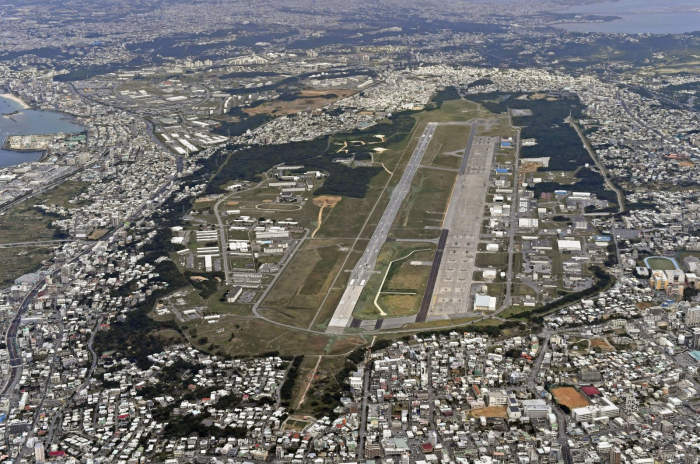 There are tens of thousands of U.S. servicemen stationed on the southern Japanese island, which has recorded roughly 150 civilian COVID-19 infections.

Government spokesman Yoshihide Suga said Monday that 62 cases have been detected in recent days in U.S. forces, most of them at U.S. Marine Corps Air Station Futenma and Camp Hansen.

The spike in infections has created tensions with local officials, including Okinawa governor Denny Tamaki.

In response to the outbreak, almost all off-base travel was halted from Sunday, according to guidelines posted on the Marine Corps Installation Pacific Facebook page. Marine Corps service members, dependents, and civilians can move freely on the base but require permission to leave, including for medical appointments.

"Those orders are in place until further notice and limit base access and operations to essential personnel," the force said in a separate post.

The post did not specify which bases were affected and U.S. military officials did not immediately respond to requests for comment.

An Okinawa official said the prefecture had been informed that the order applied to only Futenma and Camp Hansen. He added that the number of forces on the bases is not disclosed for "security reasons."

U.S. military presence on the island is a longstanding sore spot, with many in the region arguing they bear a disproportionate share of the burden of hosting American forces.

On Saturday, Tamaki said he was "shocked" by the number of cases on the bases.

"I can't help but feel serious doubts about U.S. measures against infections," he told reporters.

Tamaki said he has asked U.S. forces to halt the arrival of troops rotating into the country and to boost anti-infection measures. It is unclear where the bases' clusters of infections originated, but local media said there were concerns about incoming troops and their families who are being quarantined in local hotels off-base.

An Okinawa government official said the prefecture would ask the central government and U.S. forces to share information about cases among the military more quickly.

The prefecture will also ask for incoming troops and their families to observe their arrival quarantine on-base, they said.