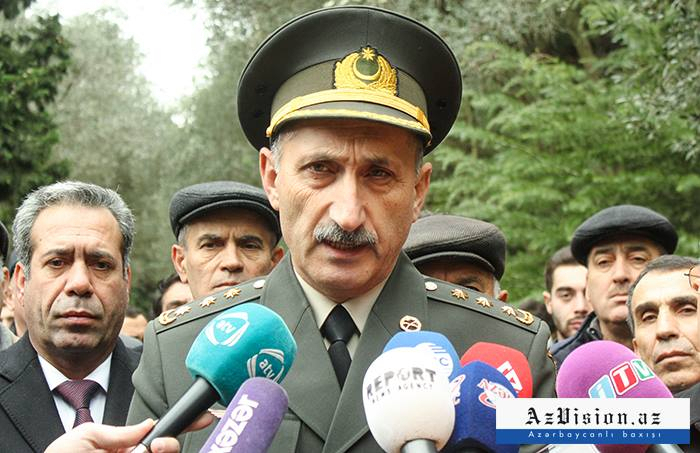 "Although the Armenian side was preparing to commit provocations in several directions, the Azerbaijani Armed Forces surpassed the enemy in all directions", retired Colonel and military expert Shair Ramaldanov told AzVision.az.

The leadership of the Ministry of Defense of Azerbaijan have regularly visited frontline, reviewed the situation and gave relevant instructions to prevent possible provocations.

"All these measures have paid off, the enemy's provocation has been prevented. The situation is completely under the control of Azerbaijani troops. The enemy side, which could not achieve anything in the frontline, started to commit provocation at the state border. One of its first reasons is the strengthening of anti-Pashinyan rhetoric in Armenia. Social problems, pandemic and other aggravating factors showed what Pashinyan-led government is capable of. Therefore, amid this situation committing provocation on the state border are aimed to divert public attention from the state's internal problems."

The second reason for the Armenian provocation in the direction of Tovuz on the state border with Azerbaijan is to be provided more weapons and ammunition by the Collective Security Treaty Organization, Ramaldanov noted.

"They complained about insufficient armament and lack of support. They are always concerned about the strengthened armament of Azerbaijan. However, the situation with Armenia is not so good. Azerbaijan deploys units of the State Border Service on the border with Armenia. The positions in the direction of the Gazakh region have already been handed over to the border service. The next direction was the territory of Tovuz. Armenia deliberately aggravates the situation in the direction of Tovuz, so that, Azerbaijan not to withdraw military units and units subordinated to the Ministry of Defense from there. This is aimed at delaying the organization of the border service. They think that the released and vacated military units of the Ministry of Defense can be used as a reserve in anti-terrorist operations in Nagorno-Karabakh. In order to prevent this to some extent, this provocation was committed in the direction of Tovuz. "

Defense Minister Zakir Hasanov reiterated in his previous speeches that Azerbaijani Army will adequately respond to any provocation and show its strength to the enemy, he said.

"According to the information spread by the Armenians on social networks, the Armenian army has suffered heavy losses and they are trying to hide it. There will be more losses. If the enemy does not give up provocation, their losses will be even heavier. Units of the Azerbaijani Armed Forces are taking necessary measures on the line of contact, in other directions, including in the direction of Tovuz. The situation is under the control of the Azerbaijani Armed Forces. Necessary strengthening measures have been taken. As a result of the professionalism and efforts of our soldiers and officers, the enemy will not be able to achieve its goal".