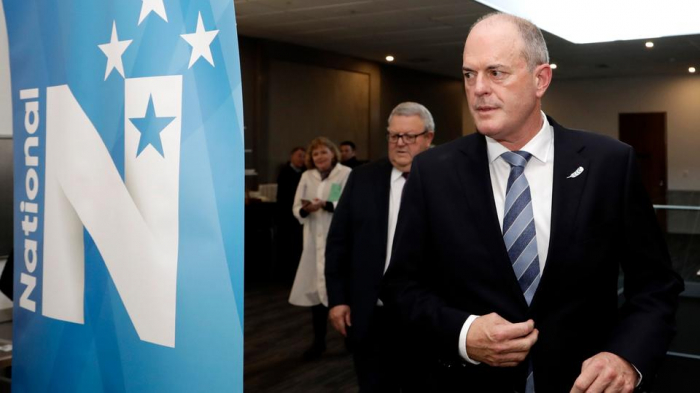 Muller became opposition leader in May, following a string of opinion polls that showed Ardern’s Labour Party was set to retain power.

But he said the role had taxed his health and he wanted to spend more time with his family.

“The role has taken a heavy toll on me personally, and on my family, and this has become untenable from a health perspective,” he said in a statement.

New Zealand media reported deputy National Party leader Nikki Kaye will lead the party until a permanent leader is selected. It will be the opposition’s third leader in four months.

Muller was embroiled in a scandal as opposition leader when a National member of parliament leaked confidential information about New Zealand’s coronavirus cases to the media. The incident dealt a severe blow to the opposition’s electoral chances.

Ardern passed on her best wishes for Muller and his family.

“No matter what side of Parliament you’re sitting, politics is a difficult place,” the prime minister said in a statement.

New Zealand goes to the polls in September in what is expected to be a coronavirus-dominated campaign.

Recent opinion polls have predicted that Labour could govern on its own, without needing a coalition partner, helped by the soaring popularity of Ardern with most New Zealanders approving of her government’s handling of the crisis.

New Zealand had 25 active cases of COVID-19 as of Tuesday, all from returning New Zealanders from overseas. It has recorded 22 deaths from nearly 1,200 confirmed cases.