US police to thoroughly investigate act of vandalism against Azerbaijanis 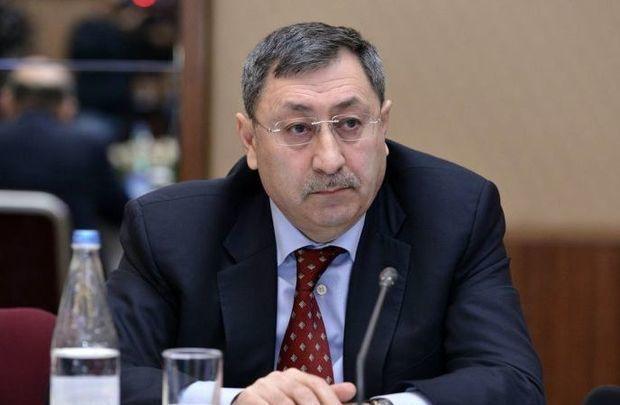 The US police will thoroughly investigate the act of vandalism against Azerbaijanis, said Azerbaijani Deputy Foreign Minister Khalaf Khalafov.

Khalafov made the remarks during a briefing at the Azerbaijani Foreign Ministry.

The deputy foreign minister stressed that the Armenians committed the acts of vandalism against people carrying out peaceful rallies in foreign countries.

“The Armenians began to commit atrocities against Azerbaijanis, who carried out peaceful rallies in various foreign countries,” Khalafov stressed.

“Similar events occurred in the capitals of several countries and cities,” Khalafov added.

"The Armenians’ main goal is to divert attention from the main issue,” the deputy foreign minister said. “While conducting the peaceful rallies abroad, Azerbaijanis demand to put an end to the Armenian aggression against Azerbaijan."

“We constantly get in touch with the diplomatic missions of these countries in Azerbaijan in connection with the incident,” Khalafov added. "They were thoroughly informed about the incident.”

“The US police are thoroughly investigating the act of vandalism against Azerbaijanis committed in this country by taking the necessary measures,” the deputy foreign minister said. “The US ambassador to Azerbaijan also said this.”

The violence was committed against Azerbaijani citizens by Armenian radical extremists at a rally in Los Angeles on July 21, who became more active in the US and other countries.