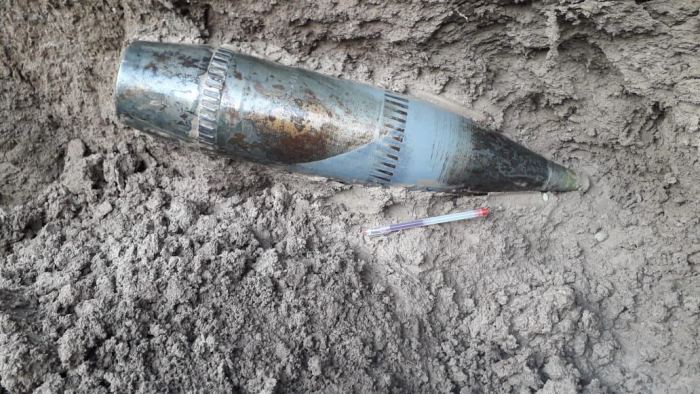 Special operational group of Azerbaijan National Agency for Mine Action (ANAMA) and employees of the police department of Tovuz district have arrived into the Dondar Gushchu village of Tovuz, AzVision.az reports referring to the agency on July 23.

ANAM has examined the area where an artillery shell launched by the Armenian armed forces fell, as a result of several days of heavy ceasefire violations by Armenia on the Armenia-Azerbaijan border.

The area was сordoned off by the police. As a result of the carried out operation, a 122-mm artillery shell (OF-56-1) was located by the agency specialists, and neutralized on the spot.

No other dangerous objects and devices were found in the area.