How does Vietnam fight the coronavirus — and why has it reported zero deaths? - iWONDER 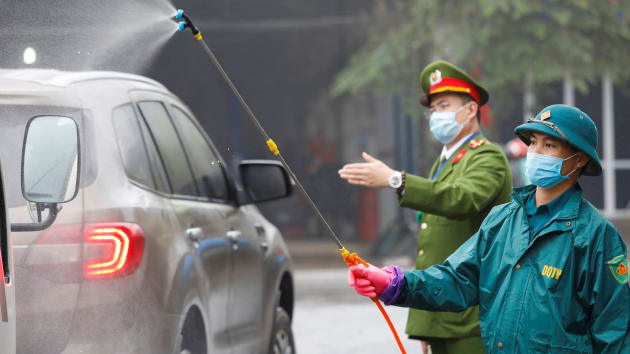 Vietnam has confirmed 412 cases of Covid-19 and reported no deaths in a country of 95.5 million, the CNBC reported.

The country took strong early action to stem the spread of the virus, and many locals have now deemed the efforts to be highly successful. Some recent reports, which is still far from proven, indicates Vietnam may not have been“immunologically naive,” because something resembling SARS-COV-2 might have been circulating for years. That theory is still yet to be proven. Others have speculated that the data isn’t trustworthy, but local researchers largely believe it is.

Vietnam now resembles normalcy, with its bars and restaurants open. In April, it donated hazmat suits and masks to harder-hit countries in Europe and the United States, where millions of people have been diagnosed with the virus.

The first case in Vietnam was reported in late January and involved a man and his son returning to the country from Wuhan, China. A week later, the country sprung into action with a “whole government” strategy, which many believe it has been prepared for since the SARS pandemic of 2003.

Dr. Julien Pham, a Vietnamese-American physician and investor living in Boston, recalls feeling apprehensive when his father announced he would be returning to Vietnam for a Buddhist pilgrimage in early March. Pham’s father, who’s also a doctor, traveled from France to join up with a group of more than 30 people.

“Almost immediately, the government stepped in,” Pham said. Because of his connections in the country, his father was able to stay with family at home for 14 days. But by mid-March, anyone entering the country was sent straight to a quarantine center where they remained for two weeks.

At the outset of the pandemic, Vietnam urged local medical equipment companies to help them ramp up a testing program. By April, the country had already performed hundreds of thousands of tests. At that time, for every confirmed case, the government was testing almost 800 people -- by far the highest in the world. The next highest, according to data compiled by Reuters, is Taiwan, which tested 140 people for every case.

According to a research report, Vietnam went from having just two testing sites nationwide in late January to 120 by May.

“We would see hundreds of tests for every positive infection,” said Binh Tran, a general partner at 500 Startups Vietnam. “They’d test neighbors, store owners, really anyone you’d been in contact with.”

The Vietnamese understood that hospital capacity was limited, and hospitals would be quickly overwhelmed if they didn’t get ahead of the problem.

So schools closed for the Lunar New Year holiday at the end of January and stayed closed until mid-May. From the outset, there were restrictions on travel. Flights to and from China were suspended in February. The government closed down the country for two weeks on April 1. In some regions, the lockdowns were extended for a longer period.

“The lockdown seemed strict but everyone was compliant,” said Christian Lam Pham, a deputy general director of the Dacotex Group, an international garment company with showrooms and production plants in Vietnam.

Vietnam constantly reminded citizens to wear a mask, wash their hands and socially distance from each other. The Ministry of Health even produced a PSA where it worked with two singers to produce a catchy song about steps people can take to avoid getting the virus.
“You’d get texts regularly during lockdown to remind you to stay inside,” said Stephen Turban, a former McKinsey consultant who recently moved to the countryto help found a new university in Vietnam. “When you call a friend, you get a ring tone where a woman reminds you to wear a mask.” For Turban, who moved to the country from San Francisco, the guidelines were crystal clear -- and he rarely saw anyone flouting them.

“There are constant societal reminders of your role,” he said. According to Turban, people still wear masks in public even as the country has re-opened, largely out of habit but also a feeling of social responsibility.

When a British pilot for Vietnam Airlines developed Covid-19 in mid-March, his health quickly deteriorated. Doctors concluded that the only path forward for “patient 91” would be a lung transplant. According to the state-run Vietnam News, 26 people came forward and offered to donate part of their lung to the pilot. None of the people had any relation to the pilot. That pilot is now returning home after months on life support, according to BBC News.

“There’s a concept in Vietnam that roughly translates to ‘public consciousness’,” said Turban, who now lives in Vietnam. “Vietnam has a robust sense that there’s a shared responsibility to the community.”

Protocols at hospitals to reduce the risk of infection

In Mid-February, the Ministry of Health put together a document for hospitals to guide them on screening, admission and isolation of confirmed or suspected Covid-19 cases. They also strongly encouraged the use of personal protective equipment and established protocols to disinfect surfaces and supplies. Since the SARS epidemic, when dozens of health care workers got sick, Vietnam has been investing heavily in hospital infection control.

When Dang went to a top hospital in Vietnam to drop off supplies at the height of the outbreak, she recalls a strict adherence to the guidelines.

“When we’d do deliveries in Hanoi, I remember going through three rounds of hygiene procedures just to get in the door,” she said. “There was even a guard walking with me to make sure I didn’t deviate on my path.”

Similarly to other Asian countries like Taiwan, there was some social shaming of people who didn’t take the virus seriously. In one notable case, an heiress who attended fashion shows in Europe contracted Covid-19 and brought it back to Vietnam. When the story got out, there was sweeping anger towards her, including a Facebook page dedicated to calling out her risky behaviors.

Some Vietnamese citizens have mixed feelings about it.

“When word got out, she was deeply shamed especially via social media. It is a shame that a young woman is pilloried on social media,” said Ken Watari, a director for entrepreneurship and innovation at the Fulbright University in Vietnam. “At the same time, the public impact of that event is that it likely encouraged other Vietnamese young people to behave in a safer way.”

According to Lam Pham, a lot of businesses in the country were impacted during the lockdown. His company owns factories, which was considered an essential activity, but staff felt very nervous at times despite safety measures they implemented. He says it’s been a stressful time for business owners because many faced salary reductions, late payments from buyers, and struggles to forecast the future. Now things have stabilized a bit because the country has opened back up, he says.

But many people rely on tourism, so they’re concerned about the future. A lot will depend on Vietnam’s success in convincing people, particularly throughout Asia, that the country is a safe place to visit.

“At the end of the day,” he said. Businesses are struggling to survive and pass by this tough time.”

What could have gone better

Some groups, including Human Rights Watch, have called out Vietnam’s efforts to enforce quarantine and social distancing as excessive. They fear that many of the worst aspects of the response will never be shared with the media because the public is fearful of criticizing the government’s response. Some have even gone as far as to determine that the entire response has been “built on repression.”

Others say that people in Vietnam may be more comfortable with trading some individual liberties for greater safety during a pandemic.

“Some of us from the West may see the government quarantine facilities as quite draconian for example, but it’s a tradeoff the Vietnamese have readily made, and they’re quite happy with it,” said Watari.

Conditions at the quarantine centers

The quarantine centers are bare-bones facilities.

Trang Dang, the founder of a company called Ru9, which produces and sells mattresses in Vietnam, donated some of her own products to the centers. People sleep in bunk beds in rooms of four to six, and there are few fans, pillows and blankets. The centers do provide three meals per day, basic toiletries and Wi-Fi. Dang feels that most of the hundreds of thousands of people who spent time in a facility felt glad they did it in retrospect.

“It’s a minimal sacrifice and now you have an open country,” she said.

Still, the living conditions could be improved for those working at the facilities, as several social media posts showed them sleeping on makeshift beds outside.

“After that went viral, it spiked a lot of interest and locals felt a responsibility to donate money and supplies,” she said.

Foreigners staying in Vietnam say they’re searching for clarity on whether their visas will be renewed. “There’s confusion about that,” said Tran, who lives with his wife and children in the country. “I think many benefit would benefit from a clear understanding on that.”

Vietnam has said that foreigners who arrived before March 1 can be considered for an extension of their visa, provided they can share a letter from their embassy or consulate that they were unable to leave “due to objective reasons.”

CNBC asked every expert we spoke to for their score out of 10. (1 is the extremely poor and 10 is ideal.) It’s an extremely subjective measurement, but the average across all of them was 9.