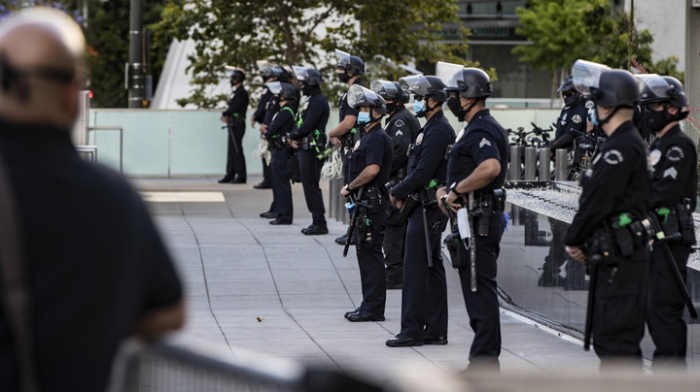 After the incident, the Armenian Dashnaks tried to present themselves as victims on all social media platforms, blaming Azerbaijanis for the violence.

LAPD Capt. Randy Goddard told the L.A. Times that “the crowd wasn’t listening to their facilitators and came across the street to try to instigate with counterprotesters.” As police attempted to quell the fighting, one detective was punched in the eye.

According to LAPD, “a hate crime is any criminal act or attempted criminal act directed against a person or persons based on the victim’s actual or perceived race, nationality, religion, sexual orientation, disability or gender.”

On Twitter, L.A. Consul General of Azerbaijan Nasimi Aghayev accused the Armenian National Committee of America of sponsoring an “Armenian mob” that “assaulted peaceful Azerbaijanis in Los Angeles, injuring many of them.”

“hate crimes were committed against Azerbaijanis, as they were assaulted by the Armenian mob because of their ethnicity, ”Nasimi Aghayev said in his interview to KTLA5 News channel of Los Angeles.

“I think this is something that shouldn’t happen in Los Angeles,” he told NBC News. “Every side should be able to peacefully express their opinion and offer their side of the story.”