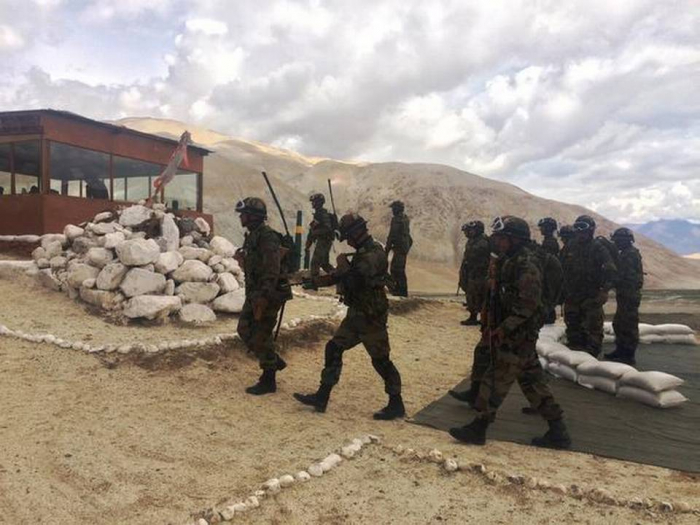 On the issue of Line of Actual Control (LAC) along India-China border, Ministry of External Affairs, India’s spokesperson Mr. Anurag Srivastava made clear position of the Government as regards the situation along the LAC border areas through a number of statements in the last several weeks.

Respecting and strictly abiding by the LAC is the basis of peace and tranquility in the border areas. Several agreements concluded by India and China since 1993 firmly acknowledge this. In his statement of June 26th, he had noted that the conduct of Chinese forces this year, including the deployment of large body of troops and changes in behaviour, accompanied by unjustified and untenable claims, has been in complete disregard of all the mutual agreements. It has also been made clear that India is fully committed to observing and respecting the LAC and that any unilateral attempts to change the status quo along the LAC will not be accepted.

The two sides have agreed during the conversation of the Special Representatives to work towards complete disengagement of the troops along the LAC and de-escalation from India-China border areas for full restoration of peace and tranquility.

Both sides are engaged in discussions through the established diplomatic and military channels to achieve this objective expeditiously. Fourth round of the meeting of the Senior Commanders was held on 14th July, where they also discussed further steps to ensure complete disengagement. In this context, another meeting of the Working Mechanism for Consultation & Coordination on India-China Border Affairs (WMCC) is also expected to be scheduled soon. As stated earlier, the maintenance of peace and tranquility in the border areas is the basis of our bilateral relationship. Therefore, it is expected that the Chinese side will sincerely work with India for complete disengagement and de-escalation and full restoration of peace and tranquility in the border areas at the earliest as agreed to by the Special Representatives.