UAE spacecraft blasts off in first ever mission to Mars 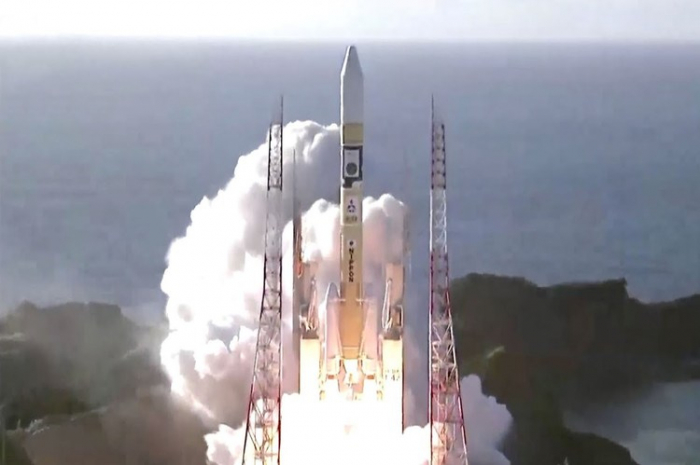 The United Arab Emirates has launched its first mission to Mars, the first of three missions to the Red Planet to take place this month.

The Hope Probe launched from Japan’s Tanegashima Space Center for seven-month voyage, facing off bad weather which caused the mission to be delayed twice.

The mission originally intended to leave Earth on 14 July.

China and the United States also plan to launch their own missions this month: China intends to send a Martian orbiter, lander, and rover on the 23 July.

Nasa, meanwhile, will launch the Perserverence Rover to look for signs of Martian life - but has already had its launch date delayed before.

The Emirates Mars Mission has cost $200m (£155.8m), according to minister for advanced sciences Sarah Amiri. It aims to provide a complete picture of the Martian atmosphere for the first time, studying daily and seasonal changes.

The UAE first announced plans for the mission in 2014 and launched a National Space Programme in 2017 to develop local expertise. Its population of 9.4 million, most of whom are foreign workers, lacks the scientific and industrial base of the big spacefaring nations.

t has an ambitious plan for a Mars settlement by 2117. Hazza al-Mansouri became the first Emirati in space last September when he flew to the International Space Station.

Around an hour after launch the probe deployed solar panels to power its communication and other systems. The MBRSC space centre in Dubai will then oversee the spacecraft during its 494 million km journey at an average speed of 121,000 kmph.