Armenia exploits natural resources in the occupied territories of Azerbaijan 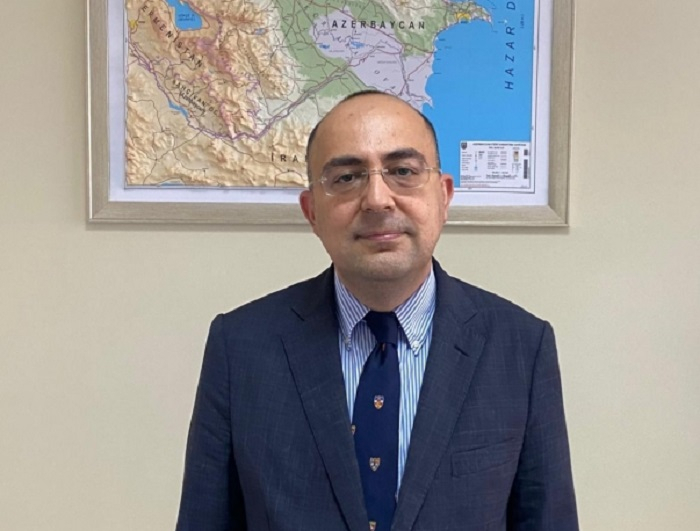 Ruthless exploitation of minerals, non-ferrous and ferrous metals, mineral waters, as well as other freshwater resources, forest lands and systematical destruction of flora and fauna in Azerbaijani territories occupied by Armenia is a part of its war against Azerbaijan going for 30 years, Samir Gurbanov, the Chairman of Executive Board of Azerbaijan's State Agency for Management of Mineral Resources told AzVision.az on July 24.

According to Gurbanov, 163 mineral deposits and a large part of Azerbaijan's mineral resources are located in the occupied territories.

“Revenues earned from these activities are accountable for the significant part of finance of the occupying regime. Also, I would like to emphasize that certain foreign companies have been involved in such illegal activities,” the chairman noted.

As he said, systematic measures have been taken to bring the illegal activities carried out by the Armenia's occupying forces and their foreign partners within Azerbaijan's borders to the attention of the world community.

“In 2016, the Azerbaijani Foreign Ministry published a report called "Illegal economic and other activities in the occupied territories of Azerbaijan", which provides detailed information on all aspects of illegal economic activities, including mining of mineral deposits. The report also presents detailed comments on the consequences of such activities in the light of international law. The document also dwells largely on activities of Armenian violating 1949 Geneva Convention for the Protection of Civilian Persons in War, the IV Hague Convention on the Laws and Customs of War on the Land, and gross violation of many other international conventions.”

“I want to emphasize that the publication of the report in English helped to deliver these facts to wider number of readers and properly inform the international community,” he said.

“The Prosecutor General's Office of Azerbaijan initiated criminal cases against Armenian and other foreign citizens engaged in illegal business activities in the occupied territories, and illegally crossing the state border of Azerbaijan.”

“Azerbaijan’s AzerGold CJSC appealed to the Prosecutor General's Office with the initiative to raise criminal cases against companies engaged in illegal production of non-ferrous metals in the occupied territories. Based on this appeal and the submitted materials, a relevant criminal case was initiated in March 2018, and currently, the investigation is continuing.”

“The AzerGold CJSC has also engaged international and local law firms to get a legal assessment of such illegal activities,” Gurbanov said.

“Speaking about the activities in the occupied territories, the continuing negative effect for the environment, ecosystem, flora, and fauna needs to be strongly emphasized. As I recently stressed, the Armenian occupiers and their foreign partners are intensively extracting non-ferrous and ferrous metals, as well as mineral water and common minerals in the Azerbaijani territories”, he said.

“We believe that the illegal economic activities in Azerbaijan's occupied territories must be legally assessed within the framework of relevant international instances and mechanisms. The international community and environmental organizations must take urgent measures to prevent the destructive activities of the occupying regime.”

“We once again appeal to foreign companies and countries representing them to immediately stop illegal activities in the occupied territories," Gurbanov concluded.