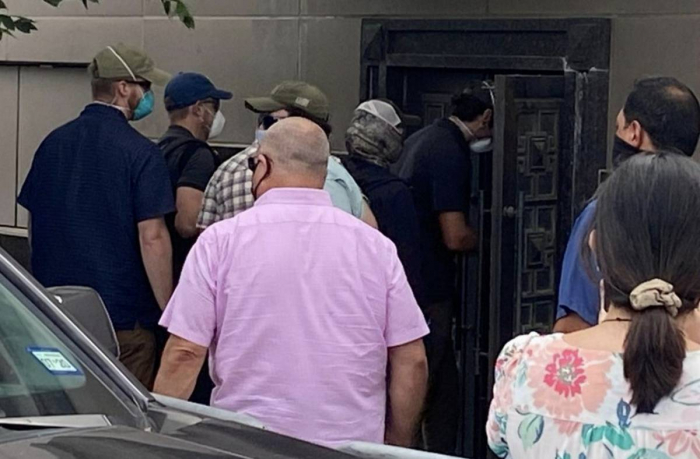 A group of men accompanied by a U.S. State Department official were seen forcing open a door at the Chinese consulate in Houston on Friday, shortly after a U.S. government closure order for the mission took effect at 4 p.m. Central Time (2100 GMT), Reuters report.

The group included a man who appeared to be the State Department’s top official for foreign missions, Cliff Seagroves. The group did not respond when asked who they were by reporters and a State Department spokesperson declined to answer questions about Seagroves or the group’s activity at the consulate.

After the men pried open a rear door and went inside, two uniformed members of the U.S. State Department’s Bureau of Diplomatic Security arrived to guard the door. They did not respond to questions from reporters.

The Chinese embassy in Washington did not respond to a request for comment.

Consulate staff had exited the Houston building shortly after 4 p.m. and left in vehicles before the door was forced open, according to a Reuters witness.