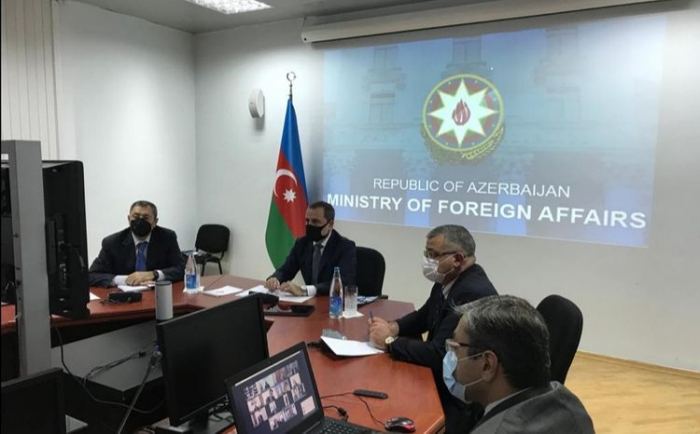 Azerbaijan’s Foreign Minister Jeyhun Bayramov held a videoconference with the heads of delegations and consulates of Azerbaijan in the US and some European countries in connection with the fact that in the recent days radical Armenians have been committing highly aggressive and provocative actions against members of local Azerbaijani communities, as well as diplomatic missions of Azerbaijan in a number of foreign countries.

The meeting was attended by Assistant to the President of Azerbaijan, Chairman of the State Committee for Work with Diaspora Fuad Muradov.