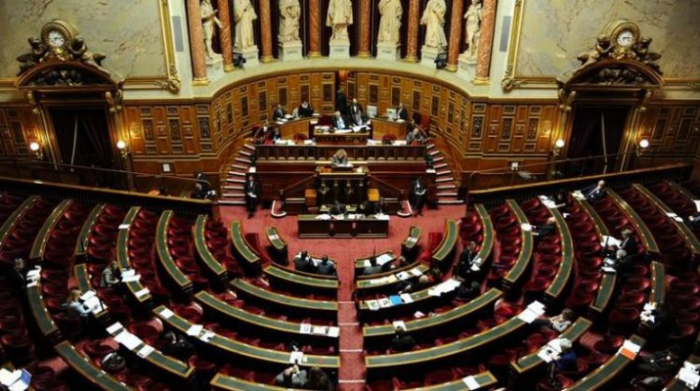 French MPs and senators who hold membership at the French-Azerbaijani Friendship Group sent a letter to French President Emmanuel Macron regarding the military provocations committed by Armenia on the Armenian-Azerbaijani border, AzVision.az reports.

It was noted that the Armenian Armed Forces have recently violated the ceasefire on the state border in the direction of the Tovuz region of Azerbaijan. As a result of military provocation committed by Armenians, 12 servicemen and one civilian were killed. 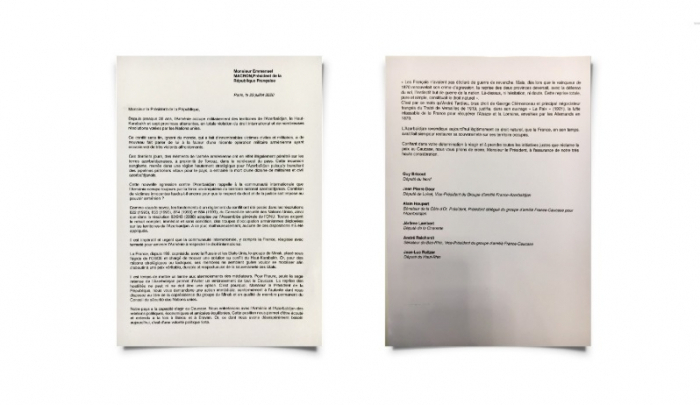 Also, the participation of France, together with Russia and the United States in the negotiations process to achieve the settlement of the Nagorno-Karabakh conflict within the framework of the OSCE Minsk Group was highlighted in the letter.

"The resolutions adopted by the UN Security Council and the General Assembly on the immediate and unconditional withdrawal of the Armenian Armed Forces from the territories of Azerbaijan were ignored. It is important for the international community, including France to react firmly to compel Armenia to respect international law", the letter reads.