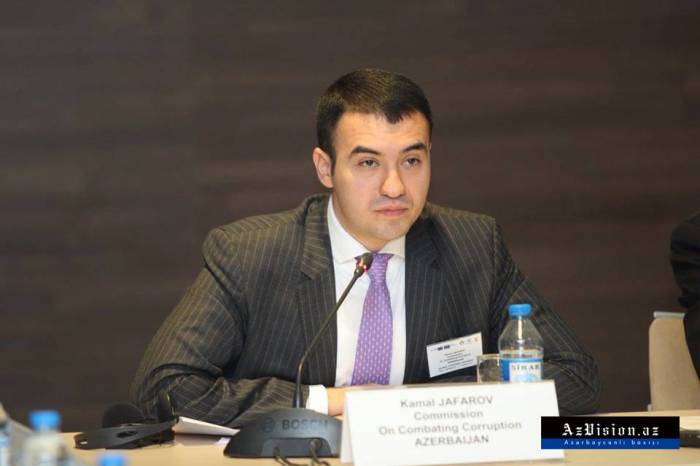 On 12th July, armed forces of Armenia violated the ceasefire regime and fired the positions of Azerbaijan in direction of Tovuz district, in the border between two countries.

It was illegal use of force and planned military provocation. It was sudden attack, because in the initial phase Azerbaijani officers and soldiers were killed, however, there were no casualties from Armenian side. This shows that Armenia was the attacking side. However, the Armenian government claimed that UAZ vehicle approached the Armenian posts. This argument is baseless. Because Azerbaijan does not have any military objectives in the border with Armenia and as a matter of fact before this incident, Azerbaijan has already transferred border control from the Ministry of Defense to the State Border Service of the Republic of Azerbaijan.

How Azerbaijan could start the “attacks” with border control service? That was a clearly obvious provocation, committed by the armed forces of Armenia. As a result of this, 12 servicemen, including general major, a civilian of 76 years old man were killed by Armenian armed services. Attacking civilians, shelling villages, killing of 76 years old man is against international humanitarian law, including the Geneva Conventions.

Military forces of Armenia made provocation exactly in the direction of Tovuz district, 300 km from Nagorno-Karabakh and the 7 surrounding territories. In this case, one of the main points that raises the question is why the clash took place not in the direction of Nagorno-Karabakh, but on the Armenian-Azerbaijani border. Because the place of the clash has regional strategic importance. This is the territory where the energy and transport corridor is passing, which will be export new natural gas volumes to Europe. Trans-Adriatic Pipeline, the last stretch of the Southern Gas Corridor which also includes two other pipelines running via Georgia and Turkey –will be operational in October 2020 and reduce Europe’s dependence on other alternative gas supplies. I consider that Armenia’s intention was to create risk for regional energy security or at least create impression of such kind risk. Armenia’s military provocation is not only against Azerbaijan; it is against energy projects and strategic interests of European countries.

Another important element which suggests that Armenia is in a favor of these incidents in a border, is that Armenia’s Prime Minister Nikol Pashinyan lost his popularity and furthermore wanted to divert attention from the serious socio-economic problems in Armenia. At the moment, Armenia is in a state of deep socio-economic crisis. Especially, the COVID 19 damaged Armenian economy and welfare of population very hardly.

Involvement of third parties to conflict

Armenia’s another intention behind military provocation was to involve third parties to the conflict and creating another hotbed tension in the region. Assistant to Azerbaijan’s President, Head of Foreign Policy Affairs Department of the Presidential Administration Hikmat Hajiyev said that Armenia seeks to involve military-political organizations, member of which it is, into the Nagorno-Karabakh conflict, through military provocations, and avoid responsibility for occupation and aggression against Azerbaijan.

National Security Strategy of Armenia is the threat to the region

I would like also to bring to your attention, a very important fact that, 2 days before the attacks of Armenian forces, a new National Security Strategy had been released by the Government of Armenia. This fact is indicating that Armenia has a clear plan and vision to attack Azerbaijan. The new National Security Strategy of the Republic of Armenia has been published in July 10, 2020 and will replace the one adopted in 2007. If you look at the text of the Strategy, Armenia’s new national security strategy was prepared on the basis of principles superiority of the Armenian nation, racism and chauvinism. According to the National Security Strategy, Armenia does not recognize any form of self-determination for Nagorno-Karabakh, except independency and thus, by meaning, violation of the territorial integrity of Azerbaijan.

Hate crimes by Armenians in Brussels and all over the world

To protest Armenian provocation and demand liberation of of occupied territories of Nagorno-Karabakh and other occupied 7 adjacent districts, Azerbaijanis conducted peaceful protests in Baku and all over the world and still continuing to do so in many countries. They demand implementation of UN Security Council resolutions 822 (1993), 853 (1993), 874 (1993) and 884 (1993), which requires full and unconditional withdrawal of the Armenian armed forces from the occupied territories of Azerbaijan. But all these resolutions have so far remained totally ignored by Armenia. Rally in Baku and in more than 20 countries is clear indication of popular support to Azerbaijani President’s policy on Armenia-Azerbaijan conflict.

However, Armenia’s recent military provocation in direct border with Azerbaijan, 300 km away from Nagorno-Karabakh, proves that the official Yerevan is disinterested in the negotiated settlement of the Armenian-Azerbaijani conflict by keeping the status quo and attempting to keep the attention of international community to violation of ceasefire rather than substantial negotiations to achieve the resolution of conflict.

Last days, various footages showed that Armenians in France, the United Kingdom, Sweden, Poland, Australia, the United States, the Netherlands, Belgium committed a serious hate crime in regards to peaceful Azerbaijani demonstrators and violently attacked them. This incident also accompanied with psychological and physical abuse of a few Azerbaijanis by hundreds of the Armenians.

On July 22, 2020, at the initiative of the Committee of Armenians of Belgium the Armenian Diaspora in Belgium held a mass demonstration in front of the Embassy of the Republic of Azerbaijan in Belgium and the Grand Duchy of Luxembourg, accompanied by acts of vandalism. As a result of the attack of the Armenian aggressors with stones, sharp cutting tools and explosives, 6 members of the Azerbaijani Diaspora, as well as the correspondent of the European bureau of “REAL TV” Khatira Sardargizi were injured and received medical treatment. Employees of Azerbaijani diplomatic mission were injured, the mission’s office building was destroyed, windows were broken, the car of a member of the Azerbaijani community was damaged, and an attempt was made to attack the area where the diplomats’ family members live.

I would like to note that peaceful protest of Azerbaijanis in foreign countries is understandable and logical. Because there are more than 1.2 million refugees as a result of this conflict. Recently, The US House of Representatives Committee on Rules has adopted an amendment #296, by recognizing the occupation of Azerbaijani territories by Armenia and required report assessment of the number of citizens of Azerbaijan who have been forcibly displaced in illegally occupied regions since 1991. So Azerbaijanis rightfully want the liberation of occupied territories of Nagorno-Karabakh and other occupied 7 adjacent districts and peacefully protest for it. However, I don’t understand what Armenians protest for? They have already occupied internationally recognized territories of Azerbaijan. Their violent attack on Azerbaijanis in all over world is dangerous act of ethnic hate. This shows that Armenia doesn’t want peace and Armenians are not ready for it.

We express our deep regret and strongly condemn the hate crimes committed by Armenian radical elements against Azerbaijani diplomats, as well as members of the Azerbaijani communities in these countries.  Belgium authorities has already launched investigation on the attacks of Armenians on Azerbaijani, several Armenian attackers are detained. We believe in Belgium justice and hope that Belgium law-enforcement bodies will bring those responsible criminals to justice.