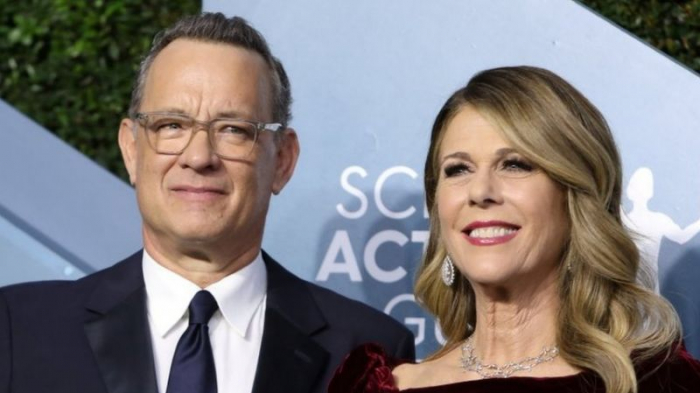 The couple posed for a picture with their new passports alongside Greek Prime Minister Kyriakos Mitsotakis and his wife.

The PM posted the picture on Instagram on Saturday. Hanks and Wilson "are now proud Greek citizens", he wrote.

Greek media said the meeting took place on Paros, an island in the Aegean Sea.

Hanks, Wilson and their children were granted honorary Greek citizenship last year for their role in bringing attention to a devastating wildfire near Athens in July 2018.

The wildfire ripped through the seaside village of Mati, killing more than 100 people.

Speaking to CNN in December, Greece's Interior Minister Takis Theodorikakos said Hanks "showed real interest in the people who suffered from the fire in Mati and promoted this issue in the global media".

Former Greek President Prokopis Pavlopoulos then signed an honorary naturalisation order for Hanks and his family, citing their "exceptional services to Greece".

The order allowed Hanks and his family to claim Greek citizenship.

"Starting 2020 as an honorary citizen of all of Greece!" Hanks wrote on Twitter in January.

Hanks, a convert to the Greek Orthodox Church, and Wilson, who has Greek heritage, have made their shared love of the country known.

Hanks, 64, and Wilson, 63, have been visiting Greece for years, often holidaying in the country during the summer months.

They are reported to own property in Greece, including a home on the island of Antiparos.

Their link with Greece is said to have informed their decision to co-produce the hit romantic comedy My Big Fat Greek Wedding.

A two-time Academy Award winner, Hanks expressed his admiration for Greece when appearing at the Golden Globes earlier this year.

"I've been Hellenic now for the better part of 32 years," Hanks said as he picked up the Cecil B DeMille lifetime achievement award.

"Greece is a haven... I've been around the world, I've been to the most beautiful places in the world, none of them tops Greece. The land, the sky, the water, it's good for the soul, it's a healing place."