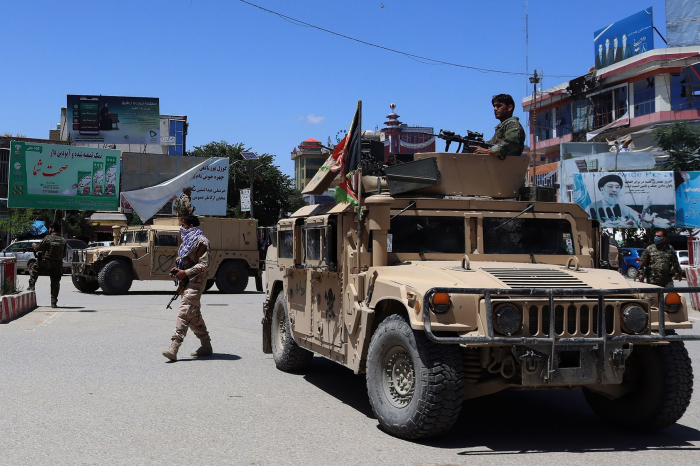 The Taliban on Tuesday declared a three-day ceasefire during the Muslim holiday of Eid al-Adha starting Friday, marking the second such truce in just over two months in Afghanistan, AzVision.az reports citing AFP.

The offer came soon after President Ashraf Ghani said peace talks with the Taliban could begin "in a week's time".

"All the mujahedeen (Taliban fighters)... are ordered to refrain from carrying out any operation against the enemy during the three days and nights of Eid al-Adha," Taliban spokesman Zabihullah Mujahid said in a statement.

But any attack "by the enemy" would be met with force, he added.

There was no immediate response to the ceasefire offer from the Kabul government, but in an address at the presidential palace, Ghani earlier said a crucial prisoner swap with the Taliban is almost complete.

"To demonstrate the government's commitment to peace, the Islamic Republic will soon complete the release of 5,000 Taliban prisoners," Ghani said, referring to the number of insurgent inmates the government originally pledged to free under the auspices of a US-Taliban deal signed in February.

"With this action, we look forward to the start of direct negotiations with the Taliban in a week's time," Ghani added.

He also urged the Taliban to agree a "permanent and comprehensive ceasefire" during talks aimed at ending Afghanistan's nearly 19-year-old war.

"The ball now is in the court of the Taliban and the international community," Ghani said.

Last week, the Taliban said they too were ready to hold negotiations straight after Eid -- provided the prisoner swap had been completed.

The militants declared a similar three-day ceasefire in May at the end of the holy month of Ramadan.

But it was short-lived, with the insurgents resuming deadly attacks straight afterwards.