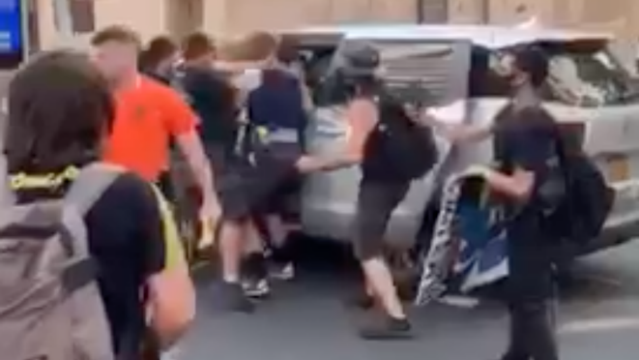 The arrest of a protester by New York City Police (NYPD) has led to outrage from officials and accusations of "kidnapping" by witnesses.

Footage of the dramatic arrest shows mostly plain-clothed men grabbing a woman and pushing her into an unmarked van during a policing protest.

The arrest on Tuesday comes amid furore over allegations of similar operations by federal agents in Portland, Oregon.

Marches against racism and policing have continued all summer in the US.

The NYPD later identified the suspect as 18-year-old Nikki Stone, saying she was wanted for vandalising police cameras near City Hall and spraying graffiti.

Ms Stone, a trans woman from Manhattan's Lower East Side, was released early Monday morning to cheers from a crowd of protesters. She was issued an order to appear in court to face charges of vandalism and criminal mischief.