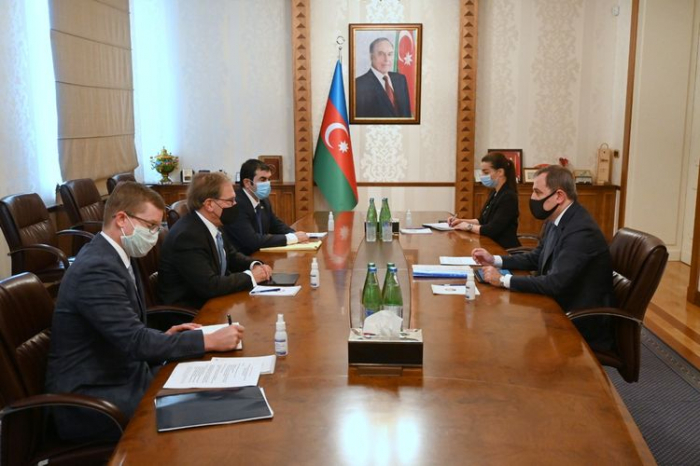 During the meeting, the sides discussed the existing multifaceted cooperation between the two countries, including energy cooperation, the activities of the Azerbaijan-US Economic Partnership Commission, cooperation in global security, solidarity in combating the COVID-19 epidemic and other issues.

Minister Jeyhun Bayramov talked about the fact of the Armenian-Azerbaijani Nagorno-Karabakh conflict, the latest military provocation committed by the Armenian armed forces in the direction of Tovuz district of Azerbaijan, the goals pursued by Armenia with this pre-planned act of aggression, as well as, targeting of Azerbaijani civilians and infrastructure and killing of one civilian during provocation.

The Minister stressed that Azerbaijan supports the continuation of talks on resolving the conflict, adding that these negotiations should be real, but not imitation.

Ambassador Earle Litzenberger congratulated Jeyhun Bayramov on his appointment as Foreign Minister and wished him success. The ambassador also extended his congratulations on the occasion of Eid al-Adha.

It was noted that Azerbaijan is an important partner country for the United States of America and the parties share a number of mutual interests.