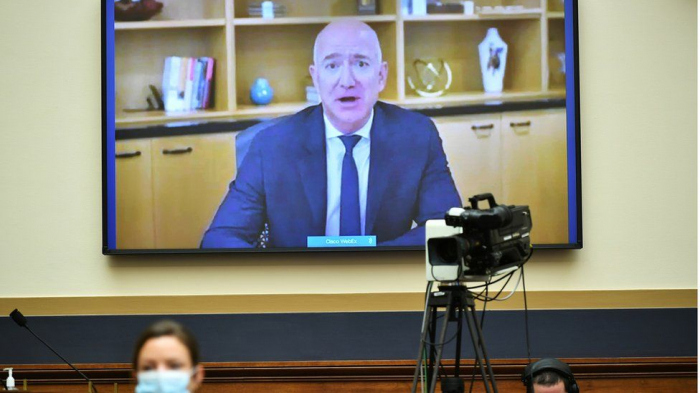 Amazon sales soared 40% in the three months ending June, while Apple saw a surge in purchases of its iPhones and other hardware.

The coronavirus crisis might be causing widespread economic upheaval around the world, but the world's biggest tech firms are thriving.

The gains come as the firms face scrutiny over their size and power.

At a hearing in Washington on Wednesday, lawmakers grilled the companies about whether they were abusing their dominance to quash rivals, noting the sharp contrast between their fortunes and many other firms.

Their positions are likely to become even stronger, as the pandemic pushes even more activity online, said Congressman David Cicilline, the Democrat who leads the committee.

"Prior to the coronavirus pandemic, these corporations already stood out as titans in our economy," he said.

"In the wake of COVID-19, however, they are likely to emerge stronger and more powerful than ever before."

The gains weren't a surprise to analysts - though just how well many of the firms did, was.

At Amazon, the quarterly profit of $5.2bn (£4bn) was the biggest since the company's start in 1994 and came despite heavy spending on protective gear and other measures due to the virus.

"This is an exceptional quarter on all fronts under extreme circumstances," Moody's vice president Charlie O'Shea said of Amazon's blockbuster rise. 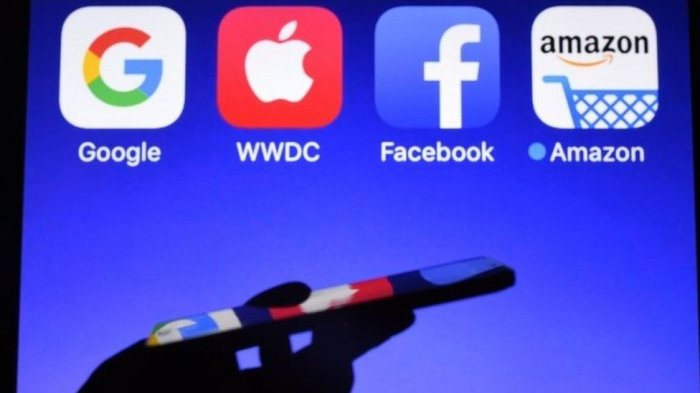 What were the results?

The flood of online shopping has strained the firm's capacity. Amazon hired about 175,000 people in the quarter and is working to expand its warehouse space in anticipation of continued growth.

"We've run out of space," chief financial officer Brian Olsavsky said on a call with analysts about the results.

The shift to remote work and school helped drive demand for new devices, such as Macs and iPads, both of which saw double-digit gains. Profits hit $11.25bn, up from $10bn in the same period a year ago.

Apple said the release of the low-cost iPhone SE in April had helped to boost sales and put the electronics giant in a better position, despite the financial impacts of the coronavirus crisis.

"The last few months have underlined the importance of users - and households alike - to own better quality devices, connections and services," said Paolo Pescatore, tech analyst at PP Foresight. "Apple smashed it." 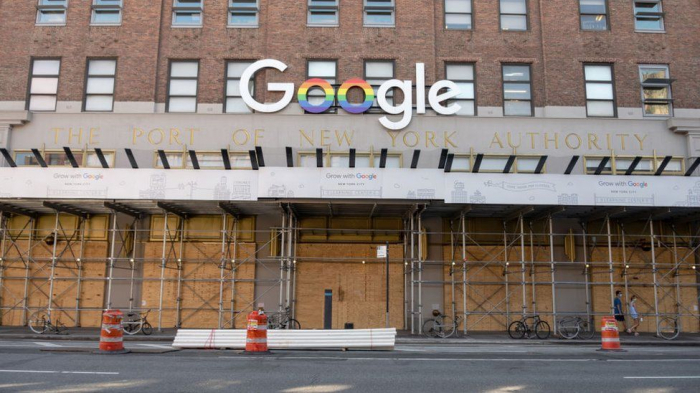 At Facebook, revenues rose 11% - slower than other quarters - but were still ahead of analysts' expectations, as small businesses continued to turn to the company to advertise. The firm's profits hit almost $5.2bn for the quarter.

The resilience was helped by a spike in users, which makes the firm attractive to advertisers, said Sophie Lund-Yates, equity analyst at Hargreaves Lansdown.

The firm said 2.4 billion people were active on its social media platforms and messaging apps on average in June, up 15% from last year. That included nearly 1.79 billion daily active users on Facebook, up 12% year-on-year.

As lockdowns have eased, Facebook said it was "seeing signs of normalisation in user growth and engagement", warning those figures could flatten or decline in the months to come.

Ms Lund-Yates said the firm also remains vulnerable to social and political pressure, which could just as quickly push users away again.

"But this isn't the first time Facebook's navigated regulatory or social speed bumps, and it has deep pockets to throw at fixing problems," she said.