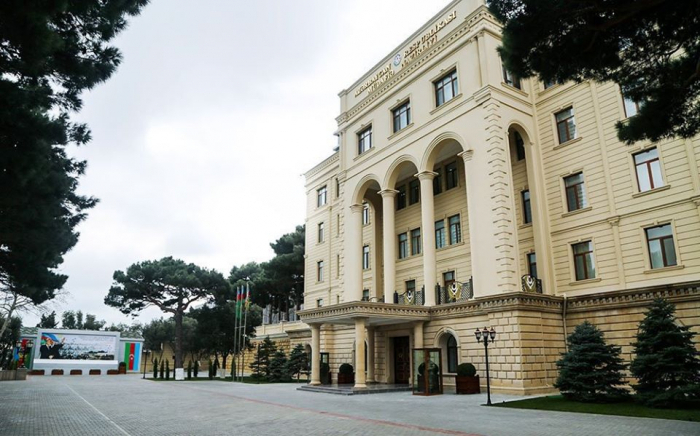 Azerbaijan’s Defense Ministry on Saturday dismissed reports that the civilian infrastructure of Armenia allegedly incurred $300,000 worth of damage as a result of the mortar, rocket and artillery strikes by the Azerbaijani army.

Such reports are false and nothing more than an attempt by the Armenian government to blame Azerbaijan on its failure to repair and restore the private houses, kindergartens, water and gas pipelines, factories and enterprises, which were destroyed due to man-made disasters, in a word, the civilian infrastructure of Armenia’s bordering settlements, which are already in a deplorable state, the Azerbaijani ministry noted.

The defense ministry once again emphasized that unlike the enemy, the Azerbaijani army never targets civilians, residential settlements and civilian facilities. “Azerbaijani soldiers never fight with the civilian population. All claims and accusations of the Armenian side are groundless,” the ministry said, calling all this ‘an attempt’ to attack the attention of the world community and international organizations.