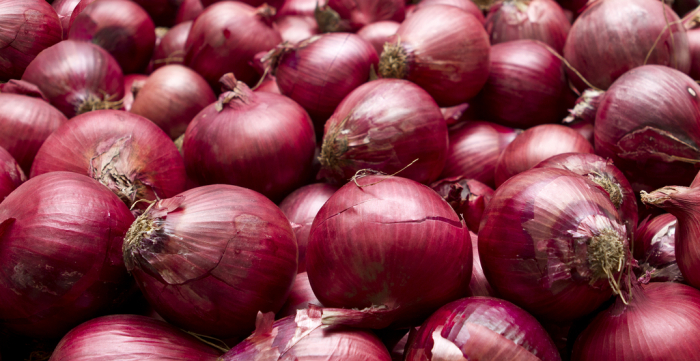 Symptoms of a Salmonella infection typically start six to 72 hours after exposure to a contaminated product, and can include fever, chills, diarrhea, cramps, vomiting and nausea.

The Canadian Food Inspection Agency (CFIA) has issued food recall warnings regarding an outbreak of Salmonella infections that have been linked to red onions imported from the US.

Since July 30, there have been six additional illnesses reported in the ongoing Canadian investigation, including new cases in Saskatchewan and Quebec.

There are now 120 confirmed cases in Canada, according to the CFIA, and investigators have determined that potentially contaminated red onions are coming from Thomson International Inc. of Bakersfield, California.

The investigation has determined that red onions are the “likely source” of the outbreak but Thomson International Inc. has recalled all varieties of onions that could have come in contact with potentially contaminated red onions, due to the risk of cross-contamination. Other onion varieties include white, yellow, and sweet yellow onions.

Health authorities are warning Canadians to not eat any raw onions imported from US retailers. The CFIA says onions grown in Canada are not affected by the potential Salmonella outbreak.

“Given this new information, and until more is known about the outbreak, do not eat, use, sell or serve any red, white, yellow, and sweet yellow onions from Thomson International Inc., Bakersfield, California, USA, or any products made with these onions,” states the CFIA website. “This advice applies to all individuals across Canada, as well as retailers, distributors, manufacturers, and food service establishments such as hotels, restaurants, cafeterias, hospitals, and nursing homes.”

Those who became ill reported eating red onions in restaurants, residential care settings, and at home. Individuals became sick between mid-June and mid-July 2020. There have been 17 hospitalizations linked to this outbreak and no deaths.

Restaurants and retailers are also being advised not to use, sell, or serve red onions imported from the US.

Symptoms of a Salmonella infection typically start six to 72 hours after exposure to a contaminated product, and can include fever, chills, diarrhea, cramps, vomiting and nausea.

Most people who become ill from an infection will fully recover in a few days, according to health officials, although individuals can be infectious for up to several weeks.

Infants, children, seniors and people with weakened immune systems are most at risk for serious illnesses related to Salmonella infections.

It is difficult to know if a product is contaminated with Salmonella because you can’t see, smell or taste it.

To lessen the risk of Salmonella, the following food safety tips are offered by public health officials: