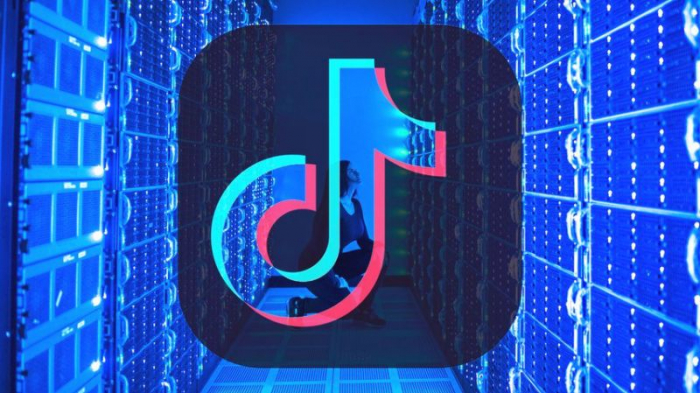 TikTok has said it plans to build a $500m (£375m) data centre in Ireland. It will store videos, messages and other data generated by European users from the short-form video-sharing app.

Until now all of its users' records were stored in the US, with a back-up copy held in Singapore.

The announcement comes at a time when President Trump has threatened to ban the app in the US on the grounds its Chinese ownership makes it a national security risk.

TikTok's Beijing-based parent company Bytedance denies the charge. However, it is in talks to sell its US, Canada, Australia and New Zealand operations to Microsoft.

Like many social media apps, TikTok gathers a wide range of information about its users.

The data is collected to target advertisements, and help tailor its powerful algorithm. But critics say that the Chinese Communist Party could demand access under its National Intelligence Law.

While the Chinese version of the app, Douyin, holds its records within mainland China, TikTok says it keeps all its user data separate and does not give the Chinese government access.

Given the Trump administration's recent actions, the existing company is unlikely to carry on storing the information within the US.

But the firm said that the decision to set up a European centre was something it had been thinking about "for a long time".

"It's a significant investment," Theo Bertram, the app's director of public policy for Europe, told the BBC.

"It's a symbol of our long-term commitment to Europe, and I think that's an important message for our users and our creators at this time."

TikTok's chief data protection officer for Europe is already based in Dublin, so Ireland's Data Protection Commission already deals with related privacy issues on behalf of other EU nations.

As such, the centre's creation should not impact European users in any meaningful way.

But the firm said it should create hundreds of new jobs when it goes into operation at an undisclosed location in between 18 to 24 months time.

The decision to base it in Ireland does not, however, mean London is out of the running to host the app's global HQ.

There has been speculation as to why TikTok is in talks to sell parts of its business outside of the US.

On the one hand, it had seemed odd that the deal covered all members of the Five Eyes security alliance except the UK.

On the other, Australia's Prime Minister has said a review by its security agencies found that TikTok did not pose serious national security concerns, and therefore no case for a local ban.

Mr Bertram explained that the reason the business was in talks to sell its operations in Australia, Canada and New Zealand was because they were currently managed along with the US as a single region under the same executive.

Mr Bertram also acknowledged there had been calls for the UK's security services to review the app, and said TikTok would be willing to let its source code and algorithm be inspected if requested.

"We welcome scrutiny," he said.

"If the way that we're judged is for the security services to carry out a factual review of what we are doing, we're happy with that. We don't have anything to hide."