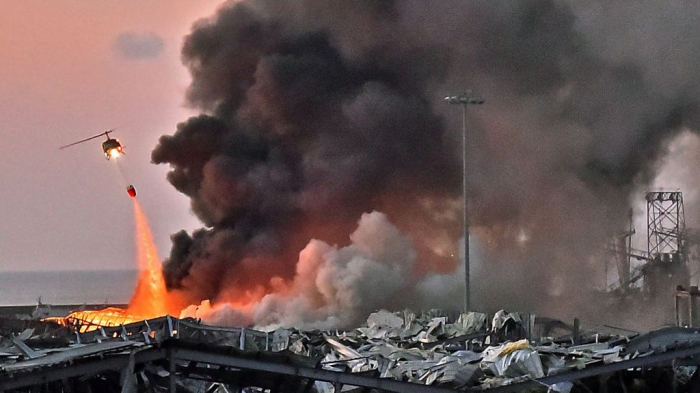 Lebanon’s cabinet agreed Wednesday to place all Beirut port officials who have overseen storage and security from 2014 onwards on house arrest following the city’s massive explosion reportedly caused by confiscated explosive materials being stored at the port.

The Lebanese army will oversee the house arrests while an investigation continues, per the decision made at Lebanon’s emergency cabinet meeting.

It’s unclear how many officials this will affect. Hours after the two explosions—a small one followed by a bigger one—shook

Lebanon’s capital around 6 p.m. local time, Prime Minister Hassan Diab confirmed a warehouse where 2,750 tonnes of ammonium nitrate had been stored for six years was likely the source.

Videos on social media sparked speculation that fireworks were involved in the explosion, however, Lebanese officials have not suggested this as a possibility.

Customs chief Badri Daher told reporters that his agency had asked for the explosive materials to be removed from the port, but “this did not happen and we leave it to the experts to determine the reasons.”

Lebanon’s Information Minister has announced a two week state of emergency in Beirut as the death toll continues to climb, reaching at least 100 with thousands of other injuries.

Diab told reporters that the ammonium nitrate had been in storage without “preventative measures” since it was confiscated from a Russian-owned cargo ship in 2014. Customs officials reportedly warned judges of the risk associated with storing the explosives in a hangar at the port on several occasions between 2014 and 2017.

The number of people left homeless by the blast, according to Beirut’s governor. Emergency workers and residents are searching for survivors, while hospitals—many of which were destroyed in the blast—struggle to keep up with the influx of patients.