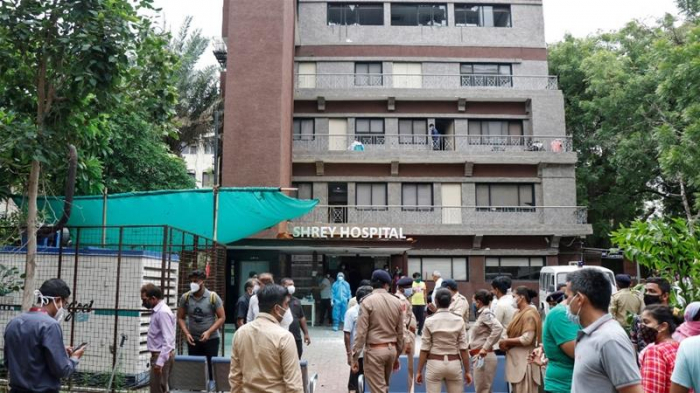 Eight coronavirus patients died in a massive fire that broke out in the intensive care ward of a private hospital in India’s western city of Ahmedabad early on Thursday, according to fire department officials in India's Ahmedabad, AzVision.az reports citing Reuters.

Police stopped angry relatives from entering the Shrey Hospital in the Gujarat state capital after the tragedy which, according to emergency services, was caused by a medical staff member’s personal protective equipment (PPE) catching alight.

“A staffer whose PPE caught fire ran out of the ward to douse it but the fire spread rapidly to the whole ward,” said Rajesh Bhatt, additional chief fire officer of the Ahmedabad Fire and Emergency Services.

“Five men and three women, who were undergoing treatment for the novel coronavirus were not in a position to escape... they died due to smoke and heat caused by the fire,” he said.

Prime Minister Narendra Modi in a tweet said “he was saddened by the tragic hospital fire” in his home state.