Why scheduling is improtant to manage pandemic stress 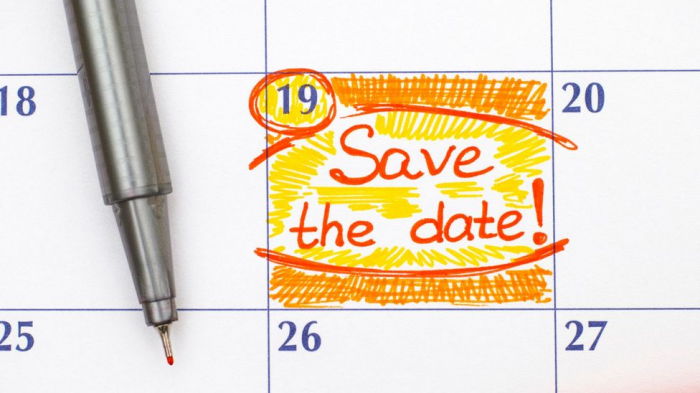 Covid-19 has turned all of our plans for 2020 upside down. But scheduling things is more important than ever in these strange times.

Last week, two close friends officially postponed weddings planned for later in the year. “I know this is overdue,” wrote one in a text to me and the other bridesmaids, “but it’s given me a pit in my stomach every time I go to hit send.” Then she sent a digital version of her “Change the Date”, a replacement for the Save the Date notecard stuck to my refrigerator.

For the first half of the year, the uncertainty of the pandemic’s spread has made it nearly impossible to predict whether anything will happen as we imagined it would. “I think we’re all being made keenly aware that the control we thought we had is maybe more fragile than we believed,” says Shevaun Neupert, a professor of psychology at North Carolina State University.

But putting the future into a perpetual holding pattern is tough on mental health. Studies have shown strong ties between an unclear future and anxiety, and intolerance of uncertainty has been shown to correlate strongly with depression.

Planning as a coping mechanism

In her study, Neupert tracked more than 200 participants over nine days, monitoring the way they navigated daily stress. Those who engaged in proactive coping – meaning their thinking was future oriented, and they anticipated and made plans for how to handle potential hardships – were less reactive to stress.

The study only lasted a little more than a week, but Neupert says the principles of her findings can apply to much lengthier periods of stress.

“Planning can be a powerful form of proactive coping,” she explains. Scheduling future events is an acknowledgement that there will be a future and that when it arrives, you’ll be able to do the things you want to do. Neupert suggests choosing things “that feel like a return to yourself”. That might mean scheduling a haircut or manicure, for example, for a random day a month or two out, even if you’re not sure you’ll be able to keep the appointment. “These can be very personalised planning experiences,” she says. “Going to the salon, or even just planning to go to the salon, is very much self-care.”

You can even reap the mental and emotional benefits without putting dates and times in your calendar. Instead, you can make a list of the activities – from the mundane to the bucket-list-worthy – that you want to schedule when things become more predictable. It’s enough, Neupert says, to “acknowledge the things you’re intending to do… The anticipation of something good is really powerful.” Having a list of things you’re committed to doing, even if you don’t know when you’ll do them, is in itself soothing.

Why we hate loose ends

Yet planning does more than give us something to anticipate. It can also help quell anxiety by dealing with cognitive clutter. A widely accepted model of mental processing called ‘cognitive load theory’, first coined in the late 1960s, indicates that the human brain is capable of processing a limited amount of information at any given time. When uncertainty makes it difficult to accomplish things, we can end up carrying all these things simultaneously in our minds. “Things that never become ‘done’ just add to our load,” says Neupert.

That’s where what’s known as the ‘Zeigarnik effect’ comes into play. Named for a Russian psychologist who first wrote about the effect in the late 1920s, it refers to our tendency to fixate on loose ends – a tendency that’s amplified right now, when it seems there are many more loose ends than sureties.

“Unfulfilled goals tend to persist in people’s minds,” says E.J. Masicampo, an associate professor of psychology at Wake Forest University in North Carolina who has studied how planning can mitigate the Zeigarnik effect. “On average, when you ask people to write out all their current goals and to-dos, there are 15 different things people are thinking about and pursuing at any given time. There’s a lot of stuff going on in the unconscious.”

All these unresolved thoughts and objectives – everything from plotting a shopping trip to wondering whether your wedding will happen – pile onto our cognitive load. That can quickly become overwhelming, which breeds anxiety and causes intrusive thoughts, according to Masicampo’s research.

There are two primary ways to resolve this. “You can actually take care of the thing, or another way to satisfy it is to make a specific plan,” says Masicampo. He and his co-author found that planning to accomplish a goal had the same quieting effect on intrusive thoughts as actually accomplishing it.

It can even be beneficial to simply kick the can down the road. “Postponement is surprisingly effective,” says Masicampo. “It’s a promissory note to yourself, like, ‘there’s nothing I can do about it now, so I’m going to wait until 1 August to worry about it’.”

Make a plan, any plan

Put simply, uncertainty is upsetting. Studies show it makes us feel powerless, which stresses us out. But when we have a plan – even a potentially futile one that may not come to fruition – it helps clear our minds and organise our thoughts. This is definitely true of “high-stakes planning” like a wedding, says Neupert. “For many people, that’s the biggest, most complex thing they’ll ever plan.” But nuptials aside, envisioning simpler aspects of the future can still provide much-needed stress relief.

“Some people may feel so stressed that they don’t have the bandwidth to think three months in advance,” says Neupert. “If you can, try to make a plan for tomorrow. If that feels daunting, gosh, try planning for later today. Some people really do feel crushed by the anxiety and depression. If they can make a plan for dinner, that should be celebrated.”

It's good advice even if you’re not typically a planner. The current situation and its stressors are unprecedented, and if your other tried-and-true stress relievers are failing, that’s normal. “Maybe now is the time to change up how you’re coping,” adds Neupert. “If you haven’t been much of a scheduler, maybe try to make some plans for the future, even if they might change again.”

My friend has rescheduled her wedding for the same weekend next year, and we’ve all marked our calendars, with the acknowledgment that a lot could happen between now and then. Maybe her 2021 wedding will happen as she intends or maybe she’ll need to adjust again. For now, she’s feeling relieved – if disappointed – because at least there’s a plan in place, and something to look forward to.

The science of happiness says you should keep on planning the parties and trips and events that bring colour to our lives. Just make sure those deposits are refundable.