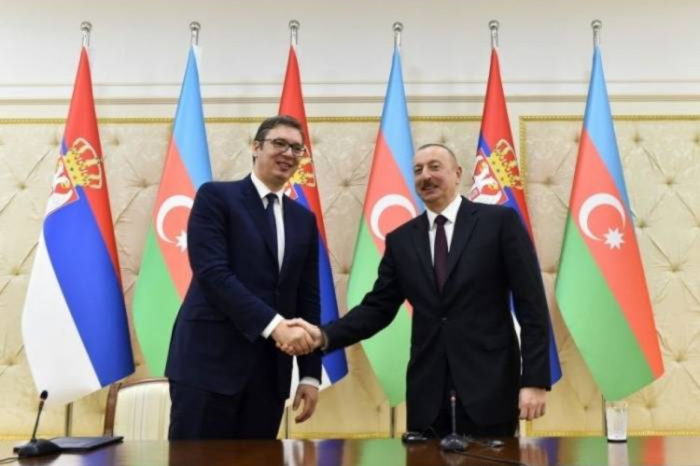 On August 7, President of the Republic of Serbia Aleksandar Vucic made a phone call to Azerbaijani President Ilham Aliyev, AzVision.az reports citing the Presidential Press Service.

Expressing gratitude for the phone call, President Ilham Aliyev stated that Azerbaijani society was concerned over the use of Serbian-produced ammunition by the Armenian side for shelling Azerbaijani positions, which caused death of Azerbaijani servicemen, including a civilian.

During the phone conversation, both sides decided to avoid any actions, which can cast a shadow on friendly relations between countries.