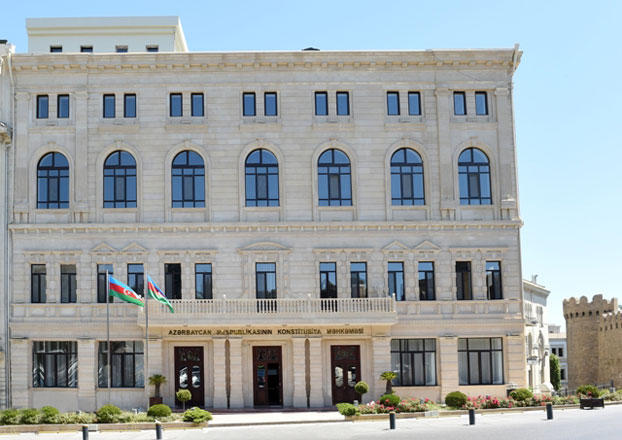 A Plenum of Azerbaijan’s Constitutional Court held a regular court session chaired by the court's Chairman Farhad Abdullayev through written procedure of special constitutional proceedings, the press service of the court told AzVision.az.

Initially, hearing of Judge Kamran Shafiyev’s report on the case was held, followed by study and discussion of the written judgments of the interested parties’ representatives - Chairman of the Central Bank of Azerbaijan Elman Rustamov and Executive Director of the Deposit Insurance Fund Tural Piriyev.

Further, the judgments of Head of Azerbaijani Parliament’s Economic and Social Legislation Department Mahammad Bazigov and specialist - President of the Azerbaijani Association of Banks Zakir Nuriyev, as well as the case materials were studied and discussed.

After the hearing, study and discussion, the plenum adopted a decision.

Taking into account the Article 12 of Azerbaijan’s Constitution and on the basis of the Article 2.1.2.6 of the Law “On Deposit Insurance”, Articles 47 and 48 of the Law “On Banks”, the deposits taken after applying the corrective measure, with an increase in volume and a change in conditions, are considered protected deposits.

The decision comes into force from the date of publication, is final and irreversible, can’t be changed or officially interpreted by any authority or person.