What are the dark sides of overproductivity? - iWONDER 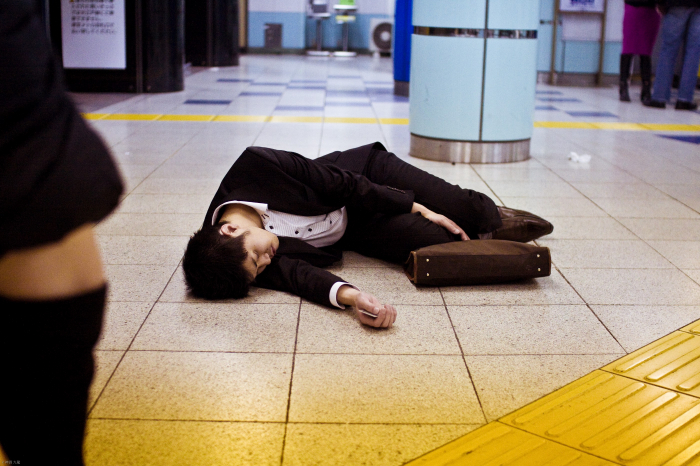 'Productivity’ has become a buzzword with positive connotations – but what happens when getting things done is taken to an extreme?

Reza Jafery has been something of a workaholic since he was in first grade. Whenever he was assigned homework, he’d head straight for the library at the end of the day and would finish it before going home. Attending an elite high school in Dubai further spurred his desire to be successful, as did his hard-working parents. But he was driven more by compulsion than a love of learning, and became anxious if he didn’t have something in his sights to accomplish.

“I felt I had to reach particular milestones by a certain age or else I wasn’t successful,” says 27-year-old Jafery. “I told myself that I wouldn’t have to work as hard once I was successful, and that I’d be happy. But I hadn't defined what success was and life was just a constant race.”

Now living in Los Angeles, the self-professed productivity junkie has two jobs: he is the blockchain lead for a cryptocurrency company and the founder of a digital agency. Jafery works long hours “90% of the time”, which means working until midnight and at weekends and getting just five hours sleep for a few weeks at a stretch.

According to the chief director of the Center for BrainHealth at the University of Texas at Dallas, Dr Sandra Chapman, the brain can become addicted to productivity just as it can to more familiar sources of addiction, such as drugs, gambling, eating or shopping.

“A person might crave the recognition their work gives them, or the salary increases they get,” says Chapman. “The problem is that just like all addictions, over time a person needs more and more to be satisfied and then it starts to work against you. Withdrawal symptoms include increased anxiety, depression and fear.”

Addiction is a brain disease that affects the brain's reward system and results in compulsive behaviour despite the harmful consequences. However, the complicating factor with an addiction to productivity is that society tends to reward it – or at least casts it in a positive light. “It's seen as a good thing: the more you work, the better,” says Chapman. “Many people don’t realise the harm it causes until a divorce occurs and a family is broken apart, or the toll it takes on mental health.”

According to Dr Mark Griffiths, distinguished professor of behavioural addiction at Nottingham Trent University, a work addiction is what some experts call a ‘mixed-blessing addiction’. “A workaholic might be earning a lot of money, just as an exercise addict is very fit. But the thing about any addiction is that in the long run, the detrimental effects outweigh any short-term benefits.”

Griffiths co-authored one of only two nationally representative studies on the prevalence of work addiction in the world to date. His study in Norway showed that the prevalence of work addiction is approximately 8%, which was a similar result to a study in Hungary. Without more research, it is impossible to know whether prevalence rates are increasing, but the 8% still represents a strikingly high number of individuals who are running each day at full speed.

“If 8% is the true prevalence rate for work addiction, then that is worrying,” says Griffiths. “At the moment, the consequences of work addiction tend to be reclassified as something else: if someone ends up dying of a cardiac arrest, it isn’t necessarily seen as having anything to do with an addiction per se – it might be attributed to burnout.”

No time to ‘waste’

At the root of Jafery’s obsession with productivity is a fear of wasting time. He classifies everything he does as either productive or unproductive, and tries to minimise the latter. Buying groceries is productive because it keeps him alive, whereas a hobby is unproductive.

“I have this nasty habit of trying to turn unproductive things into productive things,” he says. For example, he enjoys playing video games, so he started an eSports company in 2016 called LVLUP Dojo, which he still runs, although it is no longer a main focus.

Like all addicts, ‘productivity junkies’ are overly focused on a single aspect of their life – which is known as being ‘unidimensional’.  The compulsion to satisfy the addiction overrides other potential sources of pleasure, such as spending time with loved ones. According to a paper by Shahram Heshmat, an associate professor emeritus at the University of Illinois; “This desire is presumably so strong that no other motives can realistically compete.”

In Jafery’s case, he knows that spending time with his long-term partner is vital to his happiness, but he nonetheless struggles to consider it a productive use of his time. “This sounds cold, but I think of spending time with my partner in the same way I do eating or exercising. Even if I might not want to do it at the time, I know that I have to do it to be happy.”

It’s a common theme among the hyper-focused, including Matthew Church, 24, who describes himself as a ‘recovering productivity junkie’. He turned down the opportunity to study law at university to take on a highly-paid role at a coaching company and, within two years, was promoted to second-in-charge. For six years, his family and romantic life came a distant second to his work, which he recalls gave him a “rush”. “I was working up to 70 hours a week and booking my calendar in five-minute increments. During the only long-term relationship I had, I gave my partner access to my calendar and told her that she could use it to book time with me. We didn’t last very long after that.”

Church simultaneously developed an alcohol addiction and had a breakdown in 2018. With the support of a therapist, he has grieved for the things he lost along the way. “I wasted six years of my life because I didn't have friends or romantic experiences and I lost my connection with my family. I felt a sense of shame about not having built those things up.”

Church now uses screenshots from his old calendar to show clients at the coaching and speaking consultancy he set up in 2019 on what not to do to succeed. “I don't think anything good is created in five-minute increments,” he says.

With the help of his therapist, Church has created multiple boundaries that prevent him slipping back into harmful habits. “I only tackle three projects a day, I don't speak to more than three clients in a day, and I work three-and-a-half days a week. Three seems to be a good number for me.”

He implores others to wake up to the reality of harmful work habits. “I’ve created a lot of rules around my work to protect myself from slipping back. I don’t want to reach my seventies and feel the way I did about having lost my years as young adult,” he says.

Extreme productivity is a phenomenon that Sydney-based author and productivity expert Cyril Peupion has observed in many clients at large and medium companies over the years. “Most people who come to me are high performers and very successful. But often the word they use to describe their work style is ‘unsustainable’, and they need help getting it back on track.”

Peupion helps teams and individuals improve their performance by changing their work habits and making sure that the effort they put in at work is aligned with the overarching business strategy, rather than potentially creating work for work’s sake. He has classified three distinct extreme productivity types: the ‘efficiency obsessive’, the ‘selfish productive’ and the ‘quantity obsessed’.

The efficiency obsessive is hyper-organised and obsessed with detail, he explains. “Their desks are super tidy and their pens are probably colour-coded. They are the master of ‘inbox zero’. But they have lost sight of the big picture, and don't know the difference between efficiency and effectiveness.’”

The selfish productive is obsessed with their own goals and shuns collaboration. “They are so focused on their own world that if they are asked to do something outside of it, they aren’t interested. They do have the big picture in mind, but the picture is too much about them.”

The ‘quantity-obsessed’ mistakenly equates productivity with output. “They think; ‘The more emails I respond to, the more meetings I attend, the more tasks I do, the higher my performance.’ They face a real risk of burnout.” In Peupion’s experience, this is the most common type, because there is a pervasive belief that ‘more’ means ‘better’ at work. He says that without genuine buy-in, the task of helping people to change is impossible. Wherever possible, he makes participation in team exercises voluntary.

Peupion tailors his approach to each challenge an employee or team faces, but broadly takes them through a three-step process. This involves reorganising their physical work space, emails and filing systems, then resetting priorities and planning, and, finally, helping them decide how to lead within their organisation and manage their time so that being bombarded with responsibilities doesn’t wear them down. As the process continues, he addresses mindset issues that may have become problematic, such as teaching a person that being productive means working smarter, not harder.

Staving off the withdrawals

Behavioural-addiction professor Griffiths says that no matter how productive a ‘junkie’ considers themselves, there will come a point when their performance suffers and the effects become potentially life threatening.

“There may be an initial period where a work addict is more productive than someone who isn’t addicted to work, but it will get to a point when they are no longer productive and their health and relationships are affected. It could be after one year, or it could be after five. But if you don’t do anything about it, you could end up having a heart attack.”

Addressing the warning signs – such as rushing through a family meal to return to work duties – and taking steps to modify compulsive habits is essential. The Center for BrainHealth’s Chapman suggests limiting the amount of time spent on an individual work task to 45 minutes or fewer, and not allowing interruptions, so as to create an opportunity for deep thought.

“You will use that time more efficiently and achieve a higher quality of output. Productivity junkies are more likely to spend valuable time chasing rabbits rather than focused work tending to ‘elephants’,” she says.

She also recommends creating a ‘not-to-do list’ to avoid overscheduling, and giving the brain essential opportunities for renewal to boost its performance. In a 2019 study of writers and physicists, a fifth of their most significant and creative ideas were formed during periods of ‘mind wandering’ – that is, when engaged with an activity other than work. The ideas that occurred during these break periods were also more likely to assist the professional in overcoming an impasse on a problem than if the idea had occurred while working.

“Take five minutes at least five times a day to completely stop. Turn off your technology and go outside,” says Chapman.

And as for sacrificing connections for work? The brain thrives on fun, laughter and meaningful relationships – so her advice is to make room for them no matter what. “At the end of peoples’ lives, they don't wish they’d worked longer hours. They wish they’d spent more time with family or enjoyed the travel they got to do, but were never mentally present because they were checking their phone.”