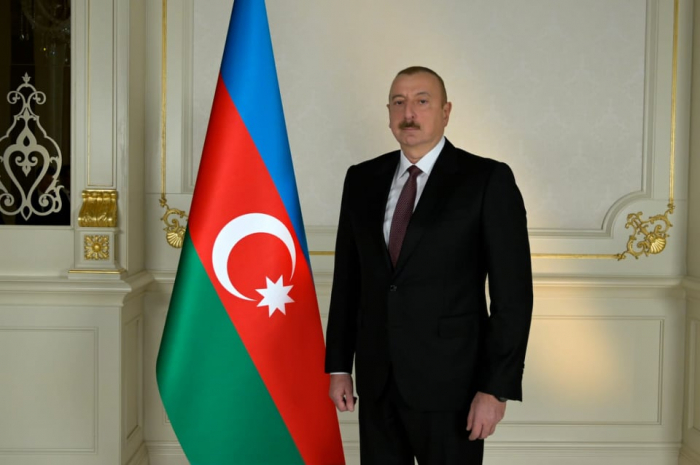 President of Azerbaijan Ilham Aliyev has signed an order to mark the 100th jubilee of legendary Azerbaijani member of the French Resistance during the Second World War Ahmadiyya Jabrayilov.

The Cabinet of Ministers shall resolve the issues arising from this Order.

The story of Ahmadiyya – born near Sheki – is one of patriotism, valour, luck, and tenacity. As one of the 240,000 Soviet soldiers taken prisoner whilst launching an offensive against the Nazis near the Izyum Bridge over the Don, Ahmadiyya was transferred to many camps, eventually ending up in a camp in Frankfurt-an-der-Oder, near the Polish border, for Soviet soldiers from the Soviet Republics. Refusing to join the Nazi cause after promises were made regarding the independence of Azerbaijan following a Nazi victory, he decided to escape and rejoin the Red Army. Surviving forced labour and considered to be Jewish, he underwent sadistic experiments with hydrogen cyanide, was assisted by a Turkish-speaking cleaning woman and escaped using a the ruse of a fake ‘burial’, thereafter joining the French Resistance.

Often disguised in women’s clothing, he blew up those restaurants and cafés known to be frequented by Nazi officers, and sabotaged bridges and railway lines. Nicknamed ‘Kharko’, the Gestapo placed a price of DM10,000 on his head, and he joined the Maquis of Cabertat in 1944. Following the liberation of Toulouse in September 1944, he met General Charles de Gaulle, and after the liberation of the Midi–Pyrénées, he joined the Third Hussars Regiment, with whom he participated in the Battle of the Vosges and the liberation of Mulhouse and Belfort.

Thereafter, he was forcibly repatriated to the Soviet Union, following the Franco–Soviet Pact, where was tortured by the NKVD and condemned to forced labour. However, his bravery was belatedly recognised in 1966, when President General de Gaulle made his second visit to the Soviet Union. By this time, he had returned to Sheki, but General de Gaulle’s request to see him resulted in overnight fame. He became a National Hero of France, and received the Croix de Guerre, the Cross of Military Valour and the Medal of the French Resistance, amongst other acknowledgements. Ahmadiyya also toured the regions of France that he helped to liberate, and met many of his Resistance friends. His life was ended at the age of 74 by a car accident in Sheki.