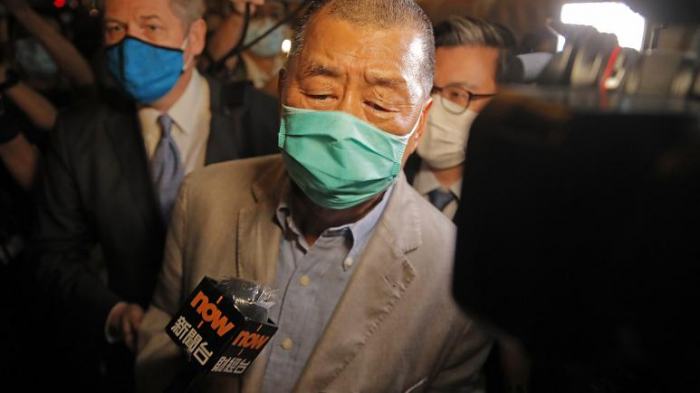 The mogul, who is known for founding pro-democracy newspaper Apple Daily with its criticism of China's authoritarian rule, said he had no comment as he left Mong Kok Police Station early on Wednesday.

"I don't have anything to say," he said. "The most important thing is to go home and rest."

According to Lai's close aide, he had been detained for 'colluding with foreign powers' - something that is illegal under the legislation.

It is not clear how Law may have colluded with foreign forces since the law went into effect.

Last year, Lai met Vice President of the United States Mike Pence and Secretary of State Mike Pompeo at the White House to discuss Hong Kong’s controversial legislation — since withdrawn — that would have allowed criminal suspects to be extradited to mainland China to stand trial.

But Hong Kong officials have said that the national security law, which took effect June 30, would not be applied retroactively. The law is widely seen as a means to curb dissent after anti-government protests rocked the semi-autonomous city for months last year.