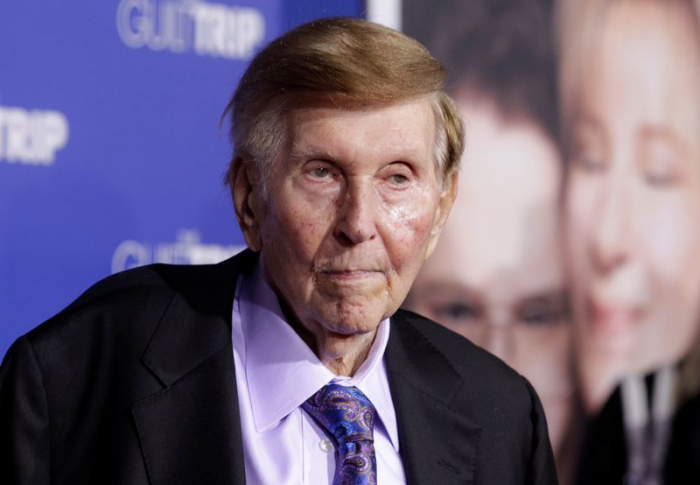 Viacom and CBS Chairman Emeritus Sumner Redstone, the media mogul who took his father’s movie theatre chain and built it into an empire that included Paramount Pictures, CBS and MTV, has died at 97, ViacomCBS and National Amusements said on Wednesday.

Redstone, as executive chairman of both Viacom Inc VIA.O and CBS Corp CBS.N, had controlled the two companies through privately held National Amusements. But in his early 90s, the state of Redstone’s physical and mental health set off an avalanche of corporate maneuvering over his media holdings that resulted in him stepping down in 2016 as executive chairman of both companies.

CBS and Viacom were combined from 2000 to 2006, when Redstone separated them in an attempt to unleash the value of Viacom’s cable channels.

His position as one of the world’s leading media moguls had begun fading in 2015 as those close to him began questioning his mental capacity. The long-running legal battle that ensued put him at odds with a former girlfriend and long-time confidante Philippe Dauman but reunited him with his daughter Shari, from whom he had been estranged.

Shari Redstone said in a statement: “My father led an extraordinary life that not only shaped entertainment as we know it today, but created an incredible family legacy. Through it all, we shared a great love for one another and he was a wonderful father, grandfather and great-grandfather. I am so proud to be his daughter and I will miss him always.”

The challenges to Redstone’s mental health resulted in him being replaced as executive chairman at CBS by Les Moonves and at Viacom by Dauman, whom Redstone would later drop from the trust that was to determine the direction of CBS and Viacom after his death.

After legal and backroom wrangling that one observer likened to “Game of Thrones,” the Redstone family ousted Dauman from Viacom in August 2016, ultimately replacing him with Robert Bakish. Dauman had been among those questioning Redstone’s mental capacity and his influence had waned after Redstone’s daughter, Shari, started taking a more active role in his business.

Since 2016, Shari pushed twice to merge CBS and Viacom. She’s also weathered a lawsuit aimed at diluting her family’s control of CBS, and a sexual misconduct scandal at CBS, which resulted in the September 2018 resignation of CEO Les Moonves. Viacom and CBS re-merged in 2019.

Shari Redstone and her son Tyler Korff will now take over two seats on a trustee board that controls the voting interest in an entity, National Amusements Inc, that holds the controlling stake in ViacomCBS, according to a source familiar with the matter.