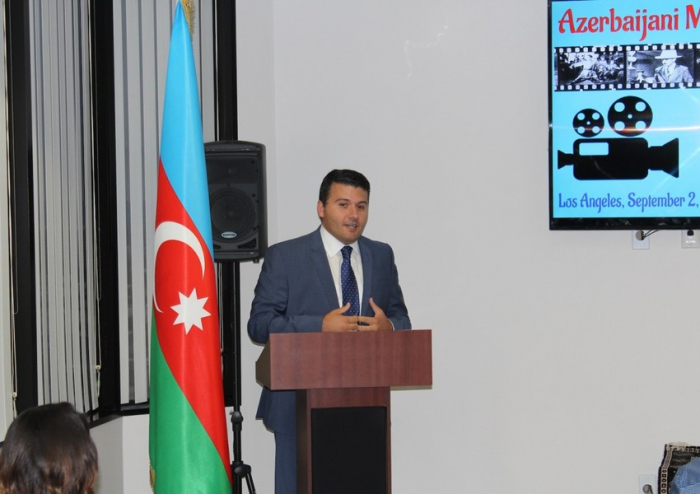 At the invitation of the Los Angeles Regional Office of the American Jewish Committee (AJC), one of the largest and most influential Jewish organizations in the U.S. and the world, Azerbaijan's Consul General in Los Angeles Nasimi Aghayev addressed the organization’s lay leaders, as well as its young professionals at a video conference on August 11, 2020.

Consul General Nasimi Aghayev spoke about Azerbaijan’s history of independence and modern transformation, stating that in 1918, the people of Azerbaijan established the very first Republic in their history - the Azerbaijan Democratic Republic, the Consulate General told AzVision.az.

He noted that it was also the first ever secular democracy among all Muslim nations and the first majority-Muslim nation to grant women the right to vote.

The Consul General gave detailed information about Azerbaijan’s ancient traditions of multiculturalism, interfaith acceptance and harmony. Aghayev noted that Muslims, Jews, Christians and representatives of other faiths have been living together in peace, dignity and mutual respect for centuries in the majority-Muslim Azerbaijan.

Furthermore, Consul General Aghayev spoke on the successful cooperation, partnership and exemplary friendship between Azerbaijan and Israel in various spheres, and stated that reciprocal high-level visits have further strengthened these relations.

Highlighting the challenges faced by his country, the Consul General spoke about the illegal military occupation and ethnic cleansing of Azerbaijan’s Karabakh region by Armenia, as well as its recent military provocations against Azerbaijan. He also informed the participants about July 21 events in Los Angeles, where many hundreds of radical Armenian Dashnaks violently attacked a handful of Azerbaijani community members near the Consulate General, injuring and hospitalizing them. Consul General Aghayev thanked the AJC for immediately condemning this outrageous violence, which is currently being investigated as a hate crime by the Los Angeles Police Department.