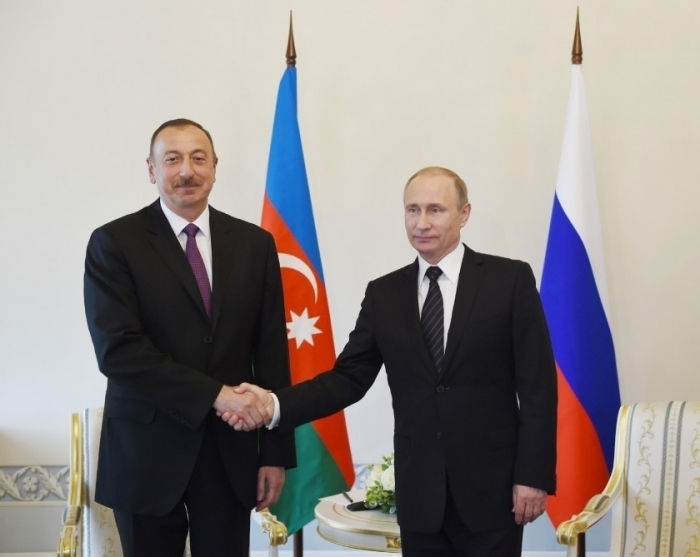 President of Azerbaijan Ilham Aliyev and President of Russia Vladimir Putin discussed the military provocation committed by the Armenian side in a phone call, AzVision.az reports.

President Ilham Aliyev informed Russia's Putin about the recent clashes stating that on July 12-16, the Armenian Armed Forces attacked, with heavy artillery, the positions of Azerbaijan’s armed forces along the Armenia-Azerbaijan border, killing Azerbaijani soldiers and a civilian. Ilham Aliyev also added that Azerbaijani villages in the border were destroyed as a result of continuous shelling of the Armenian Army. Aliyev noted that the main aim of Armenia in this provocation was to involve third parties in the Armenian-Azerbaijani conflict.

The head of state also highlighted the concern of Azerbaijani people over the transportation of military cargo from Russia to Armenia using the airspace of Kazakhstan, Turkmenistan and Iran which exceeded 400 tons since July 17 following the clashes on the Armenian-Azerbaijani border. Ilham Aliyev stressed that he aims to clarify this issue in this phone call.

During the phone conversation, the sides expressed their mutual interest in further strengthening the partnership between Azerbaijan and Russia in all spheres. They also discussed the bilateral relations between the two countries.

President Ilham Aliyev also congratulated Vladimir Putin on the registration of the COVID-19 vaccine in Russia.