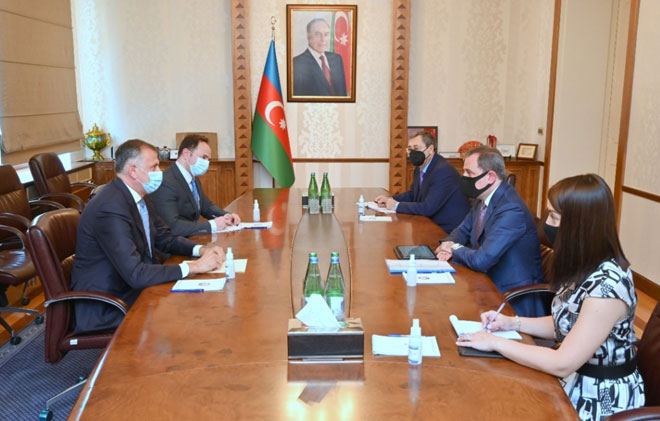 During the meeting, Bayramov noted that relations between Azerbaijan and Georgia are based on historical friendship, good-neighborly relations and strategic partnership between the two countries.

The minister highlighted the development of cooperation between the two countries in the economic, trade, energy, transport, humanitarian, cultural, scientific and educational spheres.

The parties expressed satisfaction with the support by both countries of the norms and principles of international law and, in particular, the principle of respect for the sovereignty and territorial integrity of states, and with the unequivocal expression of this position in the international arena.

The parties also exchanged views on the further expansion of cooperation in trilateral and multilateral formats, as well as within the framework of international organizations, including the UN.

Sharashenidze sincerely congratulated Bayramov on his appointment as foreign minister, and conveyed greetings from Georgian Foreign Minister David Zalkaliani to him.

The ambassador noted the availability of opportunities for further expanding the existing cooperation between the two countries at the highest level.

Other issues of mutual interest of the parties were also discussed at the meeting.