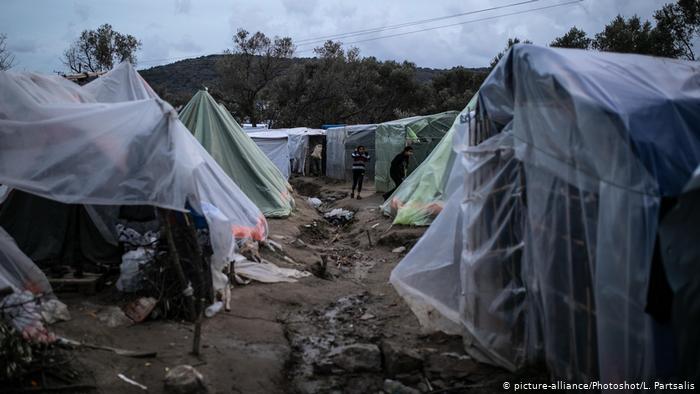 The overcrowded camp on the Greek island of Chios houses thousands of asylum seekers. The coronavirus outbreak has spread into migrant camps on the mainland but had yet to surface in island camps.

An asylum seeker in one of Greece's overcrowded island migrant camps has tested positive for COVID-19 on Thursday.

The case involves a 35-year-old man from Yemen living at the Vial migrant camp in Chios, according to multiple reports. A migrant official told the French news agency AFP that the man has been quarantined at a hospital and that 30 people are being tested for the virus.

The man represents the first case in one of Greece's several overcrowded island migrant camps. The case was one of the 262 new cases the country reported on Thursday, the highest single-day total since the pandemic began.

Several non-fatal cases have been reported on the mainland, including 150 infections at a migrant hotel in Peloponnese in April. But this is the first case to surface in one of the island camps, where overcrowding is the worst.

There are over 3,800 asylum seekers living at the Vial camp, over three times the facility's capacity. There are over 25,000 people in island camps that are built to hold only 6,100.

Camps on Greek islands are nominally under lockdown until the end of August, with access severely restricted. However, Greece's migration ministry has brought hundreds of asylum seekers from island camps to the mainland, while others have been granted refugee status and allowed to leave the islands.

More than 6,000 people in Greece have contracted the new coronavirus, and the country has reported more than 200 deaths since the beginning of the outbreak.