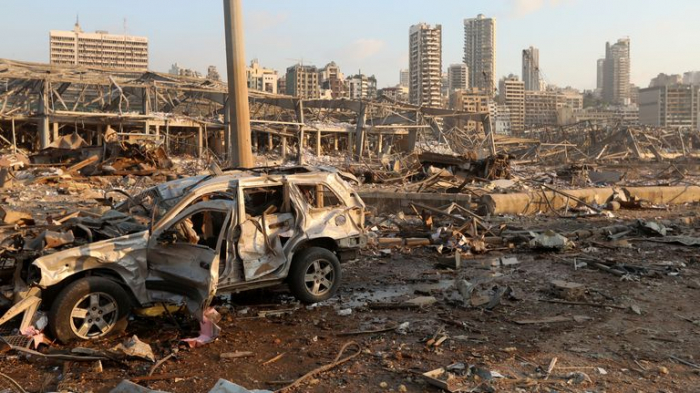 Noting there were 30 people missing after the deadly blast in the capital, Hamad told a local TV channel that the number of fatalities could reach up to 200.

The Lebanese army in a statement said foreign diplomats were informed about the distribution mechanism of aid following the incident.

Information about how the aid received by Lebanon will reach those who suffered from the explosion has also been shared with diplomats, it added.

The statement said the needs of health centers and hospitals in the country will be determined before the distribution of medical aid.

It is noteworthy that the Lebanese army shared the mechanism of transparently distributing aid received by the country with foreign diplomats following accusations of corruption against the country’s rulers by social media activists and demonstrators who organized protests in Beirut.

The powerful explosion rocked Beirut on Aug. 4 after a neglected stockpile of 2,750 tons of ammonium nitrate stored in a warehouse ignited.

The blast wave flattened nearby buildings and caused extensive material damage in the capital, leaving hundreds of thousands of people homeless.

It came at a time when Lebanon was dealing with a severe financial crisis along with the coronavirus pandemic.

Violent demonstrations continue despite the resignation of Prime Minister Hassan Diab and his government.

Lebanese President Michel Aoun said Wednesday that property damage from the explosion could cost more than $15 billion, according to the official Lebanese News Agency.