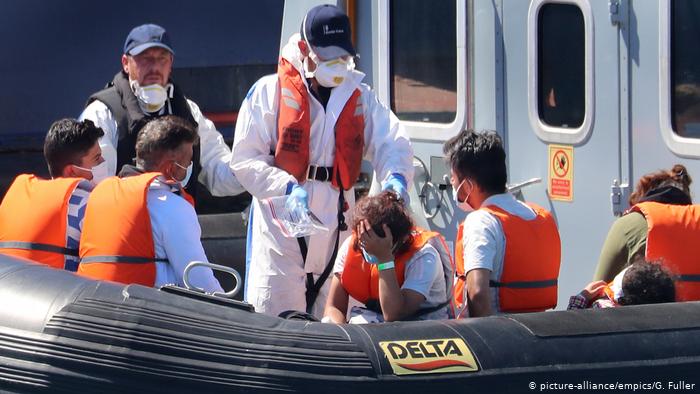 Since the start of the year, more than 4,000 asylum-seekers have left squalid camps in northern France and made the perilous crossing to England's south coast. They face an uncertain future in the United Kingdom.

When at last he arrived in Calais, a port town on France's north coast, Gulwali Passarlay felt a surge of hope long-suppressed: safety and the promise of a new life was at hand. But his optimism soon faded.

"I had a really, really inhumane experience in Calais. Several times I spent 18 hours in a cell in police custody. We didn't have any dignity or value whatsoever."

The Afghan, then just 13 years old, had first fled the horrors of his war-ravaged homeland 12 months earlier. Travelling solo across two continents, he was shunted from smuggler to smuggler, enduring spells in prison and routine brutality, all in the hope of reaching his brother in Britain. Eventually, conveyed illicitly from his staging ground in northern France, that's where he ended up.

Almost 15 years have passed since Passarlay's odyssey through the Middle East and Europe, and he is now a celebrated author and activist. But for a growing number of desperate individuals seeking sanctuary in the United Kingdom, the ordeal continues.

Escaping from the squalor

No fewer than 4,000 people have made the perilous maritime crossing from northern France to England's south coast this year, more often than not aboard flimsy, overcrowded dinghies. Like Passarlay a decade-and-a-half earlier, many are unaccompanied children.

Such a surge in arrivals hasn't been seen since Europe's refugee crisis of 2015. More than 650 asylum-seekers have made landfall on British soil this month alone, including a record 235 in a single day on August 6. For most, it's the final leg of a grueling journey of more than 4,800 kilometers (3,000 miles) from the Middle East and Northern Africa.

While each will have their own reasons to seek a new life in the UK, all are united by a desire to escape fast deteriorating conditions in France's makeshift migrant camps, say observers.

Read more: For recognized refugees in Greece, the hardship isn't over

At present, more than 2,000 men, women and children can be found crammed into low-quality tents and rudimentary shelters around the coastal towns of Calais and Dunkirk, with more arriving every day. Access to food, water and sanitation is scant, and fears of a mass COVID-19 outbreak are deepening. It is "a crisis, within a crisis, within a crisis," said Maddy Allen of Help Refugees, a charity operating on the ground.

"The living conditions in the camps are dire. They were unlivable before coronavirus, and now they're completely unbearable," she said.