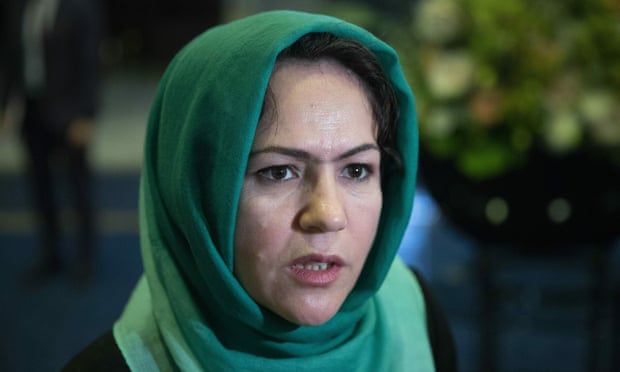 A female member of Afghanistan’s peace negotiating team has been slightly wounded in an assassination attempt, officials say, the Guardian reported.

Fawzia Koofi, who is also a former parliamentarian, was attacked on Friday afternoon near the capital, Kabul, while returning from a visit to the northern province of Parwan.

Koofi is part of a 21-member team charged with representing the Afghan government in upcoming peace talks with the Taliban, following a US deal with the militants that was struck in February.

The head of the Afghan peace delegation, Mohammed Masoom Stanekzai, wrote that Koofi had survived the attack and was “in good health”.

Fawzia Koofi and her sister Maryam Koofi stopped at a market in the Qarabagh district when gunmen attacked them, said Tariq Arian, a spokesman for the interior ministry.

Both the Taliban and an Islamic State group affiliate continue to carry out attacks against Afghan government figures, but Zabihullah Maujhid, a Taliban spokesman, denied the group was involved.

Koofi is also a women’s rights activist who has been a vocal Taliban critic. A message on her Facebook page said she suffered a wound to her right arm. “Thankfully not a life threatening injury.”

Arian said police were launching an investigation. No further details of the assault were available, he said.

The US peace deal aims to recruit the Taliban to fight Islamic State militants in Afghanistan. The Taliban and IS are enemies.

The peace deal also paved the way for US and Nato forces to begin withdrawing from Afghanistan, and for the Taliban and Afghan government to begin direct talks.

The Afghan government said on Friday that it had released the first 80 of a final 400 Taliban prisoners ahead of direct negotiations between the two sides.

Prisoner releases on both sides are part of the agreement signed in February between the US and the Taliban. It calls for the release of 5,000 Taliban held by the government and 1,000 government and military personnel held by the insurgent group as a goodwill gesture ahead of intra-Afghan negotiations.

Talks are expected to be held in Qatar, where the Taliban maintain a political office. Several Afghan leaders told the Associated Press talks could begin by 20 August.