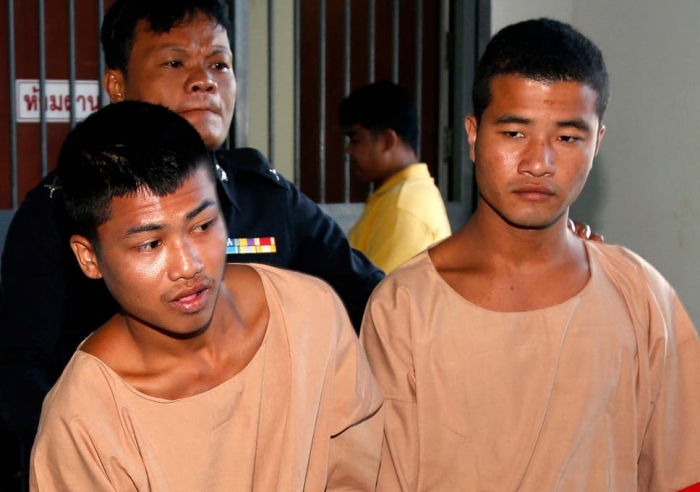 Two men who were convicted of killing two young British tourists on a Thai holiday island have had their death sentences commuted to life imprisonment by Thailand’s king, the Independent reported.

Zaw Lin and Wai Phyo, two migrant workers from Myanmar, were among the convicts whose sentences were reduced under a clemency decree issued by King Maha Vajiralongkorn to mark his 68th birthday on 28 July, according to the men’s lawyer.

The decree, which appeared to cover thousands of prisoners, took effect on Friday with its publication in the country's Royal Gazette.

Lin and Phyo have denied killing David Miller, a 24-year-old from Jersey, and Hannah Witheridge, a 23-year-old from Norfolk, in 2014 after the battered bodies of the British tourists were found on a beach on the popular tourist island of Koh Tao in the Gulf of Thailand.

The 2014 killings caused extensive controversy in Thailand due to allegations that police mishandled evidence and beat the suspects into making confessions.

A well-known Thai forensics expert testified that DNA evidence which was central in the prosecution case did not link the two men to the scene, while Human Rights Watch called the guilty verdict “profoundly disturbing”.

There were suspicions that the men had been scapegoated as police were under pressure to solve the case due to its potential adverse effect on Thailand's tourism industry.

“I can’t find words to express how thankful we are,” Ye Zaw Tun, a brother of Phyo (who is also called Win Zaw Tun), told AFP on Saturday.

“We knew this case was totally unfair, and we sometimes feel bitterness, but we want to say thanks for the royal pardon.”

A commutation had become the two men’s last hope following a ruling by Thailand's Supreme Court in August last year which upheld their murder convictions and sentences.

The court dismissed allegations of physical mistreatment and mishandling of forensic evidence in the case, arguing that the forensic work had been handled by respectable institutions and there had been no proof of torture.