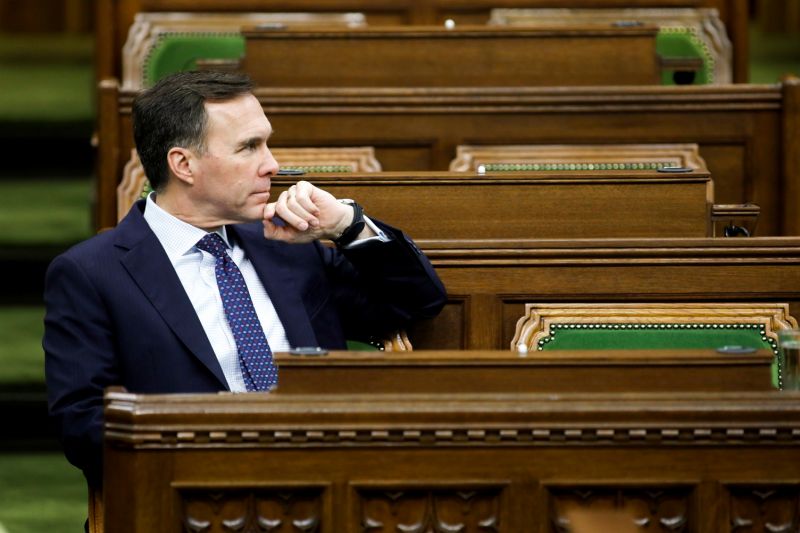 After a string of scandals during his tenure, and a reported rift with the Prime Minister, Bill Morneau is resigning as Canada's Finance Minister.

Morneau announced he is stepping down during a sudden news conference called Monday evening. He says he told Prime Minister Justin Trudeau that he will not be running in the next election, and that he never intended to run for more than two elections.

Morneau says the Prime Minister did not ask him to resign, and that he tendered his resignation when he met with Trudeau earlier today.

“Since I’m not running again, and since I expect we’ll have a long and challenging recovery, I think it’s important that the Prime Minister has by his side a Finance Minister who has that longer term vision, and so that’s what led me to conclude during this time period that it’s appropriate for me to step down.”

Morneau says Trudeau supports his decision to put his name forward to be the next Secretary General for the Organisation for Economic Co-operation and Development (OECD).

Morneau would not say if a rift with Trudeau led to his resignation, but acknowledged there was vigrous debate over spending plans. “That’s the way you get to better policy outcomes,” said Morneau.

Trudeau praised Morneau in a statement acknowledging his resignation.

“Bill has worked relentlessly to support all Canadians and create a resilient, fair, economy that benefits everyone,” said Trudeau in a statement.

“Under his leadership, Canada developed a strong economy with one of the best balance sheets in the G7, created over one million jobs, achieved the lowest unemployment rate in recorded history, lifted over one million people out of poverty, and created a coherent plant to protect the environment while growing the economy.”

Morneau, 57, has served as Finance Minister and the Member of Parliament for Toronto Centre since the Liberals took power in 2015. As Finance Minister he launched the Canada Child Benefit and incentives for first-time homebuyers. He has also helped guide the country’s fiscal programs through the COVID-19 pandemic with new supports like the Canada Emergency Response Benefit (CERB) and the Canada Emergency Wage Subsidy (CEWS).

Morneau was caught up in the WE Charity scandal that has also brought criticism to the Prime Minister, and resulted in an ethics investigation.

He has four children with his wife Nancy McCain, a member of the New Brunswick family that owns McCain Foods. His daughter Grace, who is adopted and the family sponsored to Canada from Uganda when she was 14, worked at WE when the scandal emerged.

Before entering politics, Morneau served as head of Morneau Shepell, Canada’s largest human resources firm. Continuing ties to the company his father founded got him into hot water on more than one occasion. He sold his shares in the company after facing criticism for not placing the $20 million stake in a blind trust, and was later cleared of insider trading after accusations that he profited from his own tax policies when he sold shares in the company in 2015.

He was also the head of policy think-tank C.D. Howe Institute. He co-authored a book, The Real Retirement, with Fred Vettese.