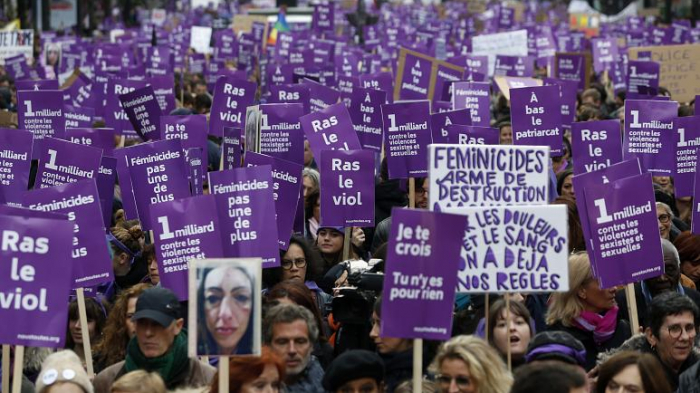 Figures released by the country's Interior Ministry on Monday show that 146 women lost their lives in 2019, up from 121 the previous year. On average, one woman died every two days.

Twenty-five children also died as a result of violence in the household, up from 21 in 2018.

The issue was widely reported in France last year when NGOs raised the alarm about the rise in femicides, urging the government to take action to derail the trend.

An extraordinary governmental summit on domestic violence was convened which led to a new law to strengthen protection for victims.

Passed by both chambers of the National Assembly last month, the legislation increases the penalty for harassment within the couple in the event that it leads one of the partners to commit or attempt to commit suicide to up to 10 years.

It also allows judges to bar suspected abusers from seeing their children and doctors from breaking patient confidentiality to signal suspected cases of domestic violence to the authorities.

A review of the way police officers deal with domestic violence has also been launched.

According to the "Feminicides par compagnons ou ex" (Femicides by partners or exes) NGO, 61 women have so far lost their lives this year at the hand of their partners or former partners.