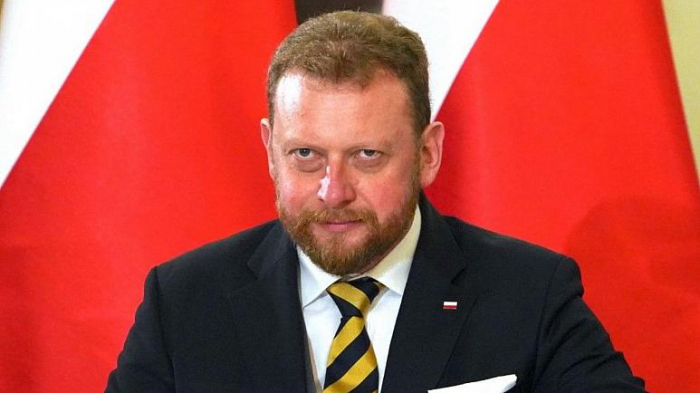 Poland's health minister has resigned over questions about the procurement of questionable medical equipment.

Dr. Lukasz Szumowski, a cardiologist and doctor who has been a leading figure in the government's fight against the coronavirus, announced his resignation at a news conference in Warsaw.

Szumowski said he was stepping down to return to practicing medicine but would remain in his role as a member of parliament.

His resignation comes one day after his deputy, Janusz Cieszynski, resigned without giving a reason.

Szumowski had become a popular figure in Prime Minister Mateusz Morawiecki's government after authorities imposed a strict and early lockdown during the COVID-19 pandemic, a step that has limited the number of infections and deaths in Poland.

But in recent weeks, the number of infections registered daily has been rising, with more than 16,000 current cases across the country on Tuesday.

Lukasz Szumowski has also faced allegations that a company owned by his brother has received millions in government grants during the crisis.

Some medical equipment bought by the Polish government to fight the virus has also been found to be ineffective.

Szumowski has denied any wrongdoing and said on Tuesday that his resignation is something he has planned for some time and has nothing to do with the allegations.

At the news conference, he said that his work had helped "to prevent tens of thousands of deaths from coronavirus in Poland".