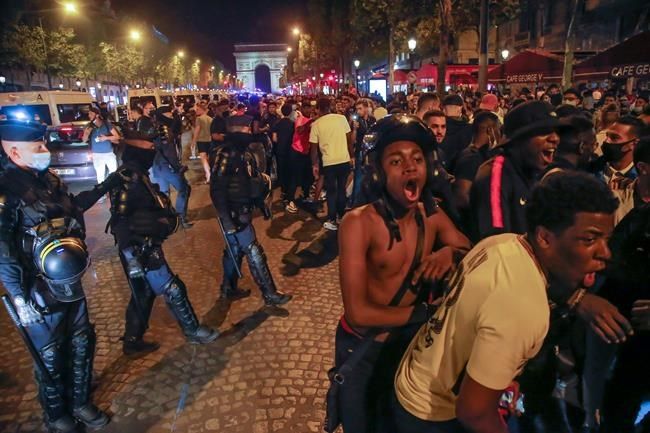 Euphoria mixed with tension as France celebrated Paris Saint-Germain's historic victory in the Champions League semifinal, lighting up the Champs-Elysees with cheers and flares and drawing tear gas.

Police arrested 36 people in Paris after throngs at the foot of the Arc de Triomphe degenerated into scattered violence, but no serious damage was reported and the mood was overwhelmingly celebratory.

By beating Leipzig 3-0 Tuesday, PSG finally made it to the final of Europe’s top club competition for the first time. Only one French team has won the title, and that was a generation ago -- Marseille in 1993.

The long-awaited success dominated news and social networks - and all eyes now turn to fellow French club Lyon, which plays five-time champion Bayern Munich in the other semifinal Wednesday.

The final of the mini-tournament, which is being played in Lisbon without fans because of the coronavirus pandemic, is Sunday.