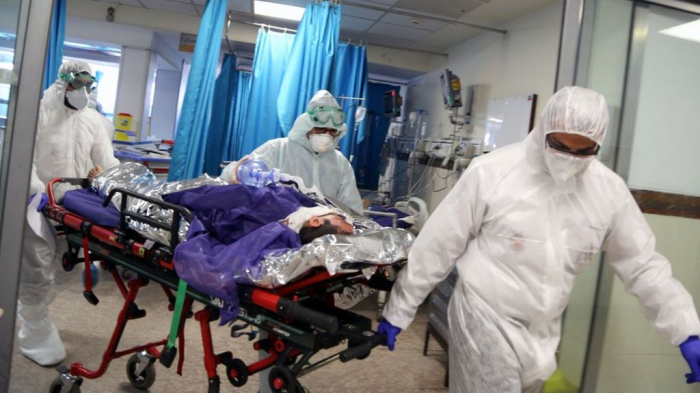 Iran surpassed 20,000 confirmed deaths from the coronavirus on Wednesday, the health ministry said - the highest death toll for any Middle East country so far in the pandemic, AzVision.az reports citing The Associated Press.

The announcement came as the Islamic Republic, which has been struggling with both the region's largest outbreak and the highest number of fatalities, went ahead with university entrance exams for over 1 million students. Iran is also preparing for mass Shiite commemorations later this month.

Iran suffered the region's first major outbreak, seeing top politicians, health officials and religious leaders in its Shiite theocracy stricken with the virus. It has since struggled to contain the spread of the virus across this nation of 80 million people, initially beating it back only to see it spike again beginning in June.

Still, international experts remain suspicious of Iran's case counts. Even researchers in the Iranian parliament in April suggested the death toll is likely nearly double the officially reported figures, due to undercounting and because not everyone with breathing problems has been tested for the virus.

Iran reported its first coronavirus cases and deaths on the same day in February - the Mideast's first outbreak of the virus - yet it only saw its highest single-day spike in reported cases in June. The highest daily death toll was reported in July.

In February, before Iran reported its first cases, authorities for days denied the virus had reached the country, allowing the virus time to spread as the nation marked the 41st anniversary of its 1979 Islamic Revolution with mass demonstrations and then held a parliamentary election in which authorities desperately sought to boost turnout.