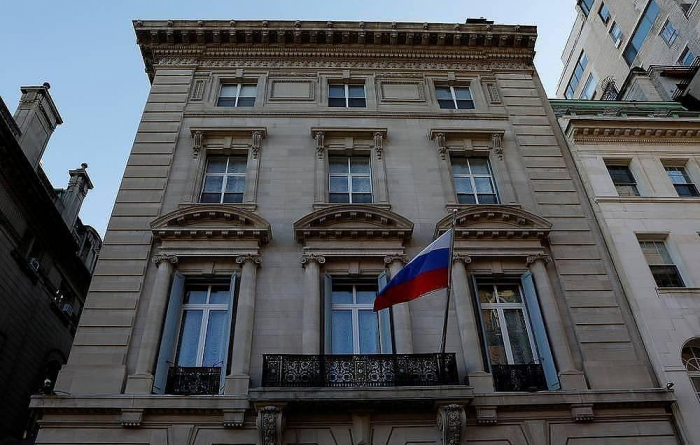 Since August 10, an unknown man has been threatening Russian diplomats and throwing stones at them.

The US law enforcement stepped up patrols near the Russian Consulate-General in New York after an unknown man threw stones at the diplomatic mission’s building, a US Department of State spokesperson told TASS.

"Our US law enforcement partners in New York have increased security patrols around the locations of the diplomatic facilities impacted by this incident," the spokesperson said.

The Russian Consulate-General told TASS on Monday that since August 10, an unknown man had been threatening Russian diplomats and throwing stones at them. As a result of the incidents, the Consulate-General building was damaged.

According to the diplomats, during his arrest on the first day, the perpetrator was shouting and threatening the Russians in the presence of police. Yet, a day later, he returned and again threw stones at cars at the diplomatic mission’s parking lot. Even though the attacker "was allegedly detained" earlier, the police failed to issue any citation against him, the diplomatic mission said. "In view of this, the question is why a person, who had repeatedly made threats against the Russian staff of the Consulate-General, was freed each time," the diplomats said.

The New York police told TASS on Tuesday that the perpetrator was detained and charged with criminal damage to property.