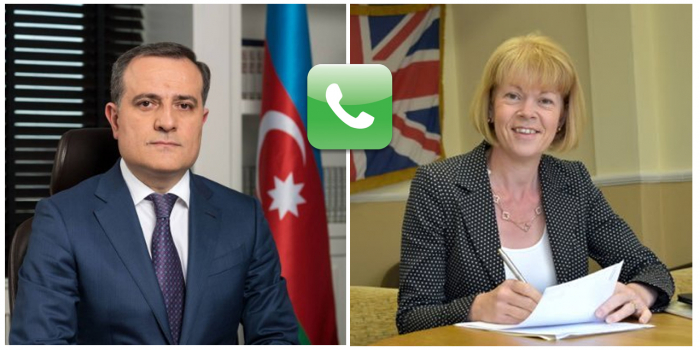 On August 20, Foreign Minister Jeyhun Bayramov had a telephone conversation with Wendy Morton, Parliamentary Under-Secretary of State, Minister for European Neighborhood and the Americas of the United Kingdom, AzVision.az reports.

Minister Wendy Morton congratulated Jeyhun Bayramov on his appointment as the Foreign Minister.

The sides exchanged views on a number of areas of the bilateral cooperation agenda and prospects for the development of mutual cooperation.

Minister Jeyhun Bayramov informed his interlocutor about the latest military provocation of the Armenian armed forces in the direction of Tovuz district of the Azerbaijan-Armenia border and highlighted that this provocation clearly demonstrated that the Armenian leadership seeks to obstruct the negotiation process on the settlement of the conflict.

Wendy Morton, in her turn, stressed the importance of decreasing tensions in the region.