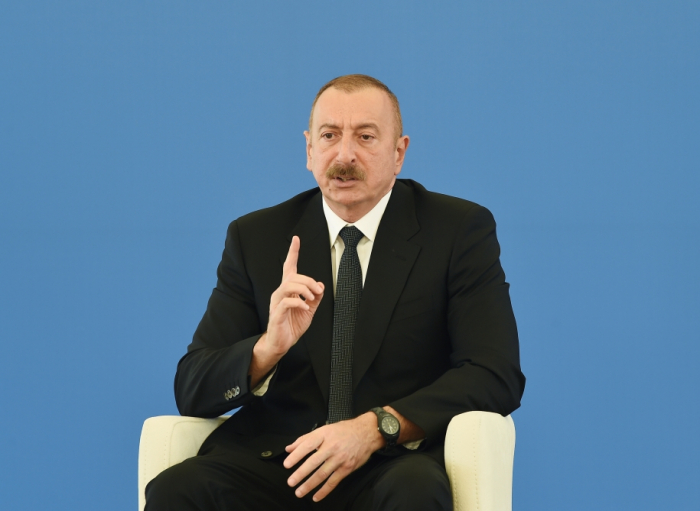 Despite all the positive results, I have to admit that big mistakes have been made during the operation of the stations built in the past, including the largest station in the South Caucasus, "Mingachevir" Thermal Power Plant, President of Azerbaijan Ilham Aliyev said in his speech at the foundation-laying ceremony of 330/220/110 kV Gobu substation with a capacity of 1000 MVA.

President Ilham Aliyev also highlighted that the repair work was not carried out on time and any steps were not taken to modernize the stations.

"As a result of negligence, irresponsibility and serious mistakes, two years ago there was an accident at the substation of Mingachevir Thermal Power Plant, which led to serious consequences.  Immediate measures were taken following the accident. The management of Azerenergy has been changed and I instructed to thoroughly inspect our entire energy system.

As a result of this inspection, a very unpleasant picture emerged. As I said, it is an outcome of irresponsibility and indifference that our energy system has suffered greatly. However, as a result of operative measures, work done and allocated funds, we have been able to make significant progress in this area over the past two years, and the lost power generation has been restored. "